The variety of cultures and styles that can be seen in the United States produced some of the world’s most diverse looking works of architecture. From regions and across channels, Americans captured their history with the achievement of structures and monuments that seem to be frozen in time, capturing the imagination of their beholders and making them appreciate the beauty and technique behind feats of architecture.

The large country’s expanse is home to buildings as different from each other as humanly possible, capturing the aesthetics of their designers, time periods, or personality of the place itself. You can view anything from stunning orange bridges, artistic and futuristic concepts, and simply beautiful skyscrapers. Again, opinions vary as much as there are pairs of eyes and hearts to conceive them, yet these 5 architectural marvels are as renowned as they are unforgettable:

One of the most beautiful and iconic bridges in the world, the Golden Gate Bridge spans three miles long between the San Francisco Bay and the Pacific Ocean. It’s also considered one of the top ten achievements in construction in the 20th Century and a Wonder of the Modern World, having appeared in several movies and photographs, first opening in 1937 having taken only four years to construct. Head designer was Joseph Strauss with the help of other project experts. The Art Deco elements of the International Orange evolved from Strauss’ initial vision.

Thomas Jefferson, the third President of the United States, started designing Monticello which means “hillock” or “little mountain” at the age of 26, inheriting the land from his father. Originally spanning over 5,000 acres, it was his main plantation and cultivated tobacco, mixed crops, and then wheat using slaves.Jefferson himself is buried on Jefferson Monticello grounds as per his instructions and the hillock is also known as Monticello Cemetery. The eccentric gentleman’s nephew sold it to the Thomas Jefferson Foundation (TJF) which currently operates it as a house museum and educational institution.

The name of the Empire State Building derived from the nickname of New York: Empire State. It is one of the city’s most recognisable and is its tallest structure, after having been briefly surpassed by the World Trade Center’s North Tower. The Empire State Building ranked first on America’s Favourite Architecture, and was designed by William Lamb using Indiana Limestome, Rose Formosa and Estrallante marble, and erected during Depression-era New York, making it a symbol of resilience and perseverance.

The tallest arch in the world at 630 feet is located on the site of St. Louis’ founding in the west bank of the MIssissippi River. Built to commemorate the westward expansion of the United States, it is often dedicated to the American people. Constructed in 1963, it was opened to the public in 1967, covered in stainless steel

This review was brought to you JustFly, one of the major online travel agencies. Check them out online or read JustFly reviews about users’ experience with them.

If you agree with our list of these architectural wonders, or have your own personal favorites, let us know. The United States of America has a long history of marvellous constructions that are not just borne from the imagination of the people directly involved in them, but are borne from the consciousness of the American people.

Flying for the Holidays? Here’s How to Avoid Hidden Holiday Travel Fees 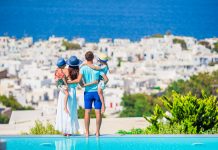 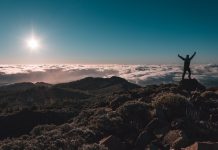 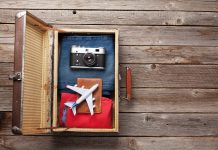 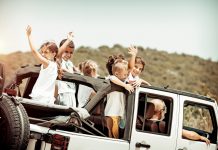 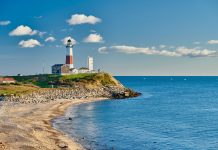