15. Climb up the Fernsehturm

The Fernsehturm is a television tower that was built to be a symbol of Berlin. Its stands at 368.03 meters (or 1,207.45 feet) and the city’s most easily recognizable landmarks, partly due to its height. It’s currently Germany’s tallest structure and the second tallest in the EU.

14. Spend time on the water 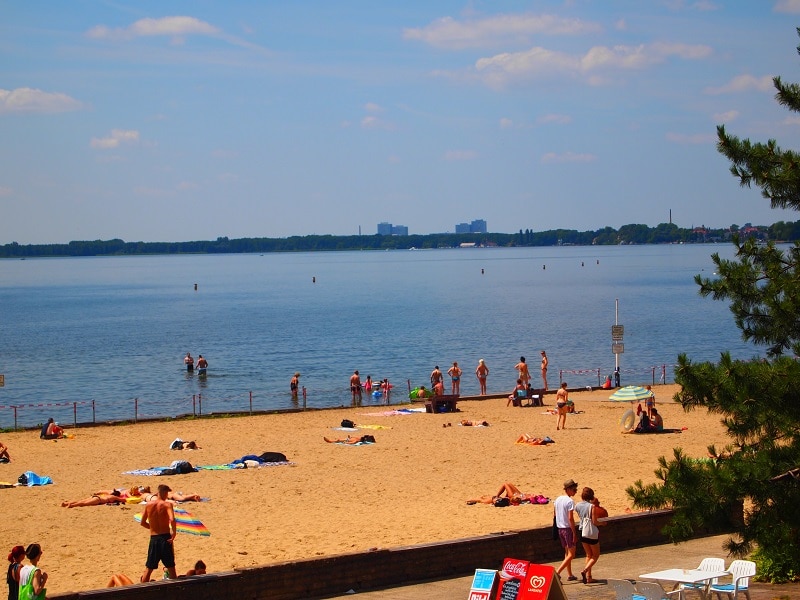 Venice isn’t the only European city with beautiful water canals. Berlin also has its own canal system as well as several rivers and lakes, and it would be a waste if you don’t get to enjoy their beauty during your trip. Take a river cruise on the Spree, or go swimming in the Muggelsee. 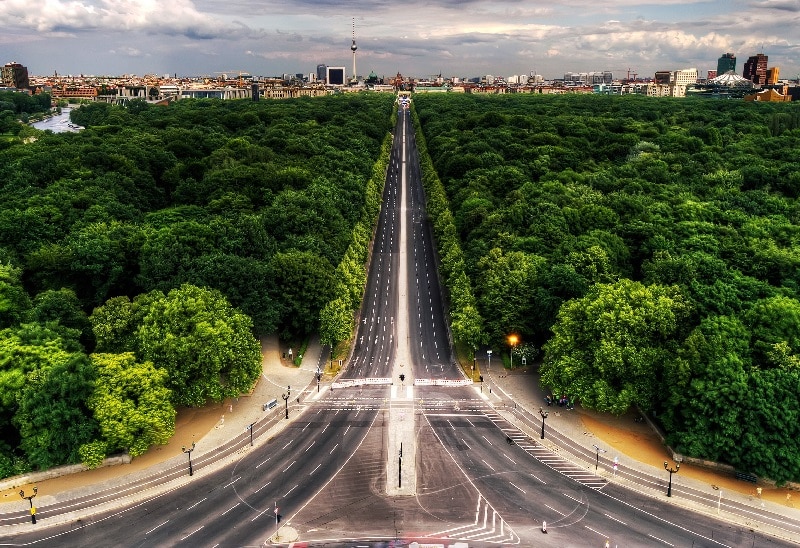 Berlin is blessed with plenty of green spaces, so you can always take a break whenever you feel overwhelmed by the urban jungle. Visit Mauer Park on a Sunday to take part in a giant flea market and interact with the locals. You can also explore other major parks like Tiergarten and even smaller ones like Viktoria-Luise Platz and Kornerpark.

12. Enjoy the beauty of Grunewald Forest 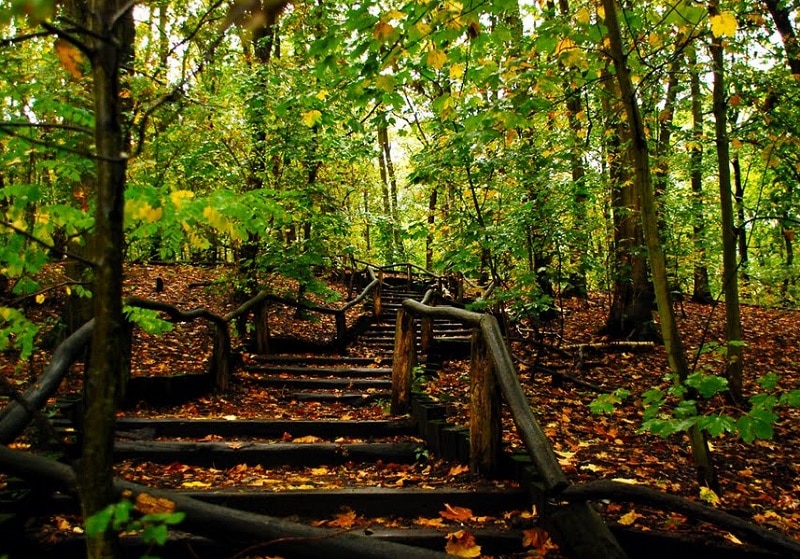 Aside from its parks and waterways, Berlin has its own forest. The Grunewald is a great place to visit whether you’re a nature lover or just want to enjoy some fresh air. Explore the woods on foot, by bike, or by horseback, and make sure to book a tour to climb up the Teufelsberg. 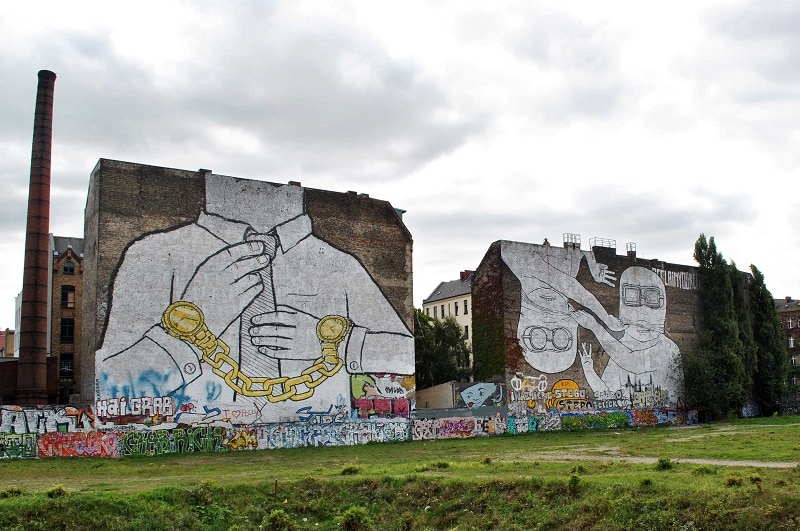 Berlin is one of the top cities in the world for street art, which pop up in various places like roadside walls, bridge piers, and even houses. Look out for stencil drawings and large-scale murals from well-known street artists like ROA, Blu, Victor Ash, and XOOOX. 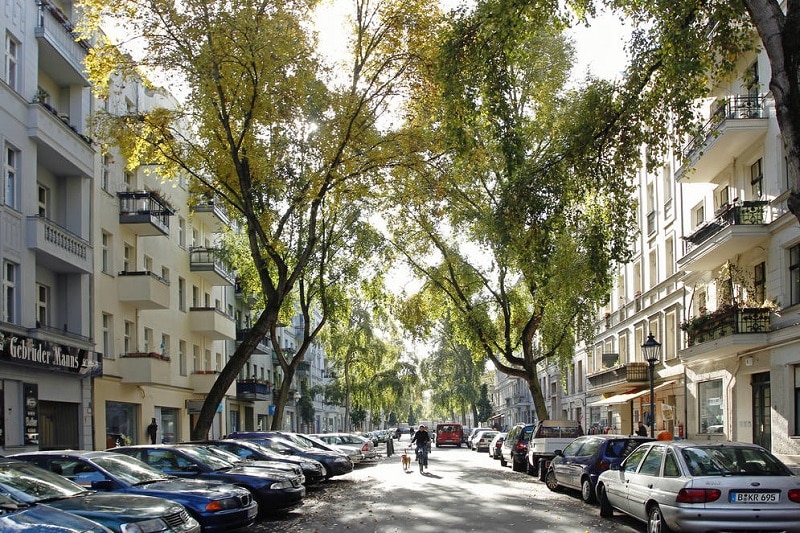 It can be easy to focus on the popular attractions in Berlin. But, if you really want to know more about the local culture, you’ll want to check out its communities, too. The city is blessed with diverse neighborhoods — there’s the elegance and glamour in Charlottenburg and the down-to-earth beauty in Neukolln — and exploring them will add more depth to your vacation.

No trip to Berlin is complete without tasting the local delicacies! You won’t go wrong with doner kebab, bockwurst, and currywurst, along with schnitzel, eisbein (boiled or steamed pork knuckle), and konigsberger klopse (meatballs with a creamy sauce made of lemon and capers). Don’t forget to grab some pfannkuchen, aka jelly-filled doughnuts!

8. Take a photo at the Brandenburg Gate 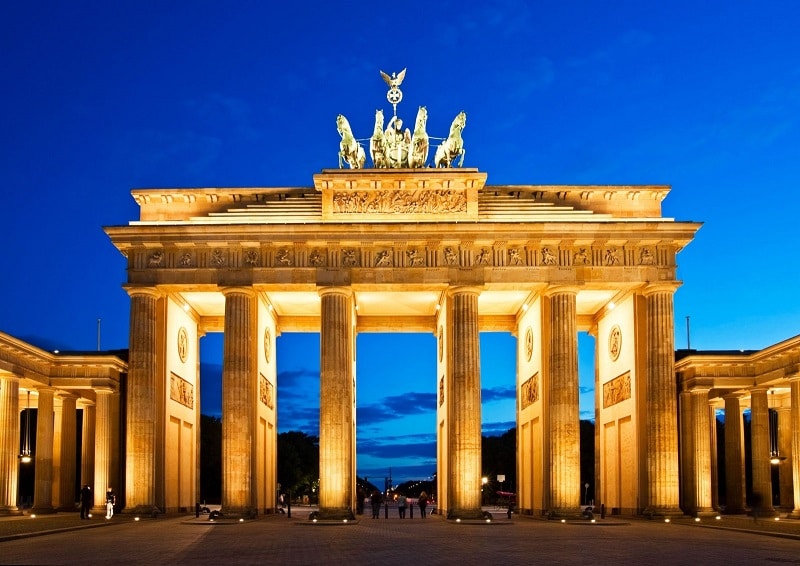 You don’t want to miss the chance to visit the Brandenburg Gate, which is one of the most well-known landmarks in Berlin and even the entire Germany. Completed in 1791, it is known for being an important part of the country’s tumultuous political history as well as a symbol of European peace and unity. 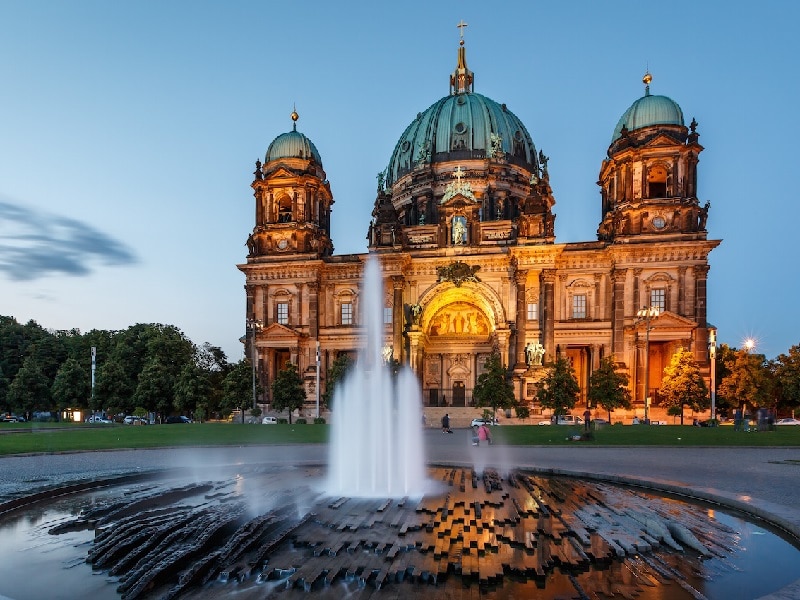 Formally known as the Supreme Parish and Collegiate Church, the Berlin Cathedral has been around since the 15th century and is the biggest church in the city. Spend time in the cathedral to enjoy its intricately detailed facade as well as the Hohenzollern Crypt (which houses the remains of royals), the ancient Sauer organ, and other details.

6. Go back in time at the DDR Museum 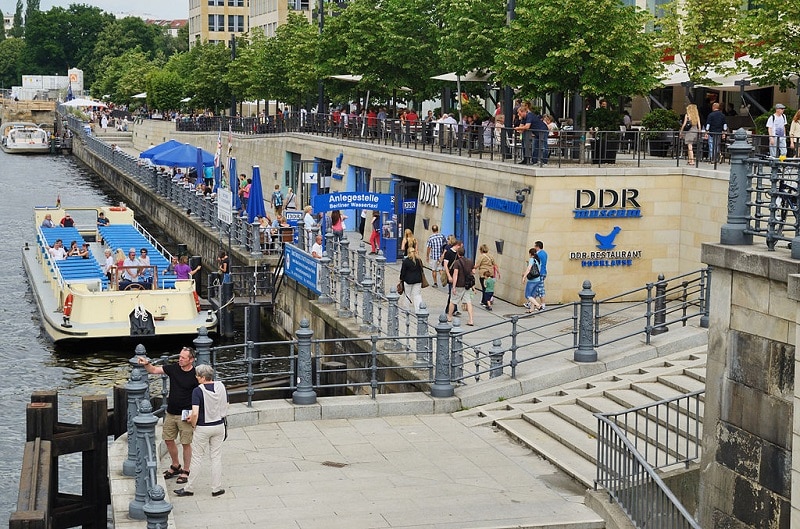 The DDR Museum (which stands for Deutsche Demokratische Republik) shows what life was like in East Germany. It focuses on hands-on exhibits that let you experience what it was like to be a Stasi officer or stay in a bugged apartment and be under constant surveillance.

5. Check out the Checkpoint Charlie Museum 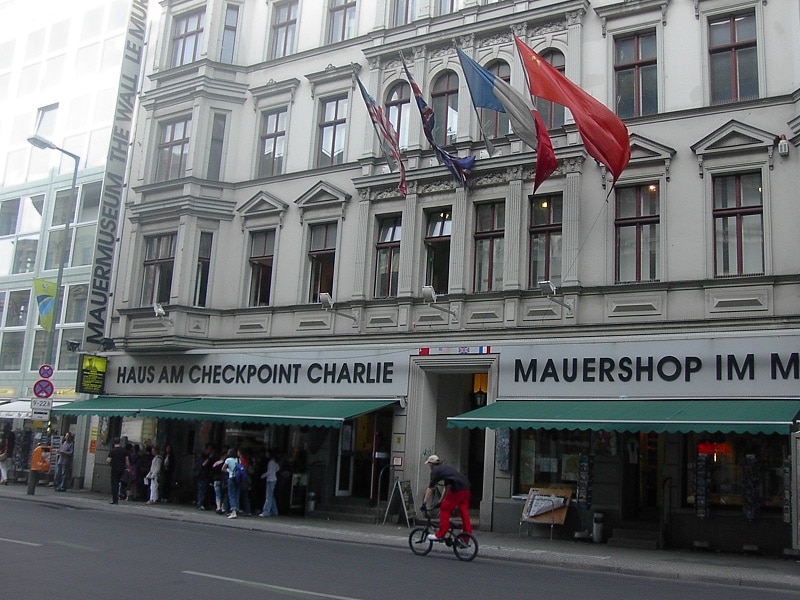 This museum is named after the crossing point on the Berlin Wall and documents the ways that people used to successfully escape. Some of the displays include hot-air balloons, a mini submarine, motorized hang gliders, and several modified cars. 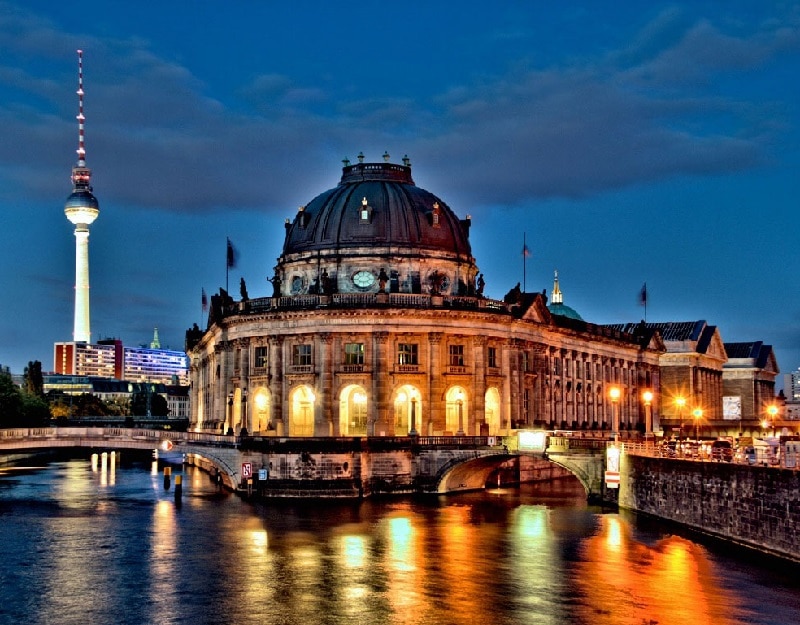 Museum Island is, as its name implies, a museum on an island. Located on the Spree river, it’s actually a collection of museums that contains a wide range of historically significant artifacts. The Bode Museum, for example, displays Byzantine and Prussian baroque art as well as sculptures from Coptic Egypt, the Middle Ages, the Renaissance, and other eras.

3. See the Jewish side of Berlin 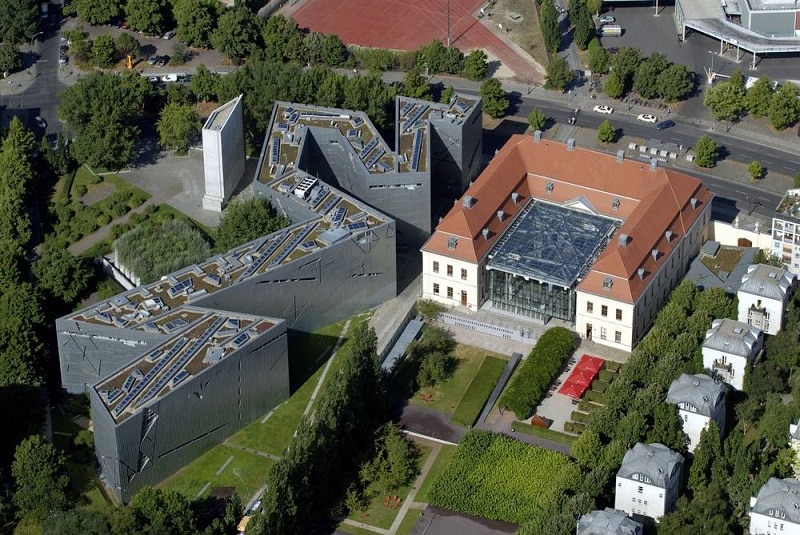 Whether you’re well-read about the Holocaust or only know the basics, you’ll want to spend time in the Judisches Museum. It doesn’t only present artifacts and documents about the Jewish population in Berlin but also tells their story through its unique and eye-catching architecture. You’ll also want to walk through the Holocaust Memorial, which is dedicated to Jewish Holocaust victims.

2. Get a bird’s-eye view from the Reichstag 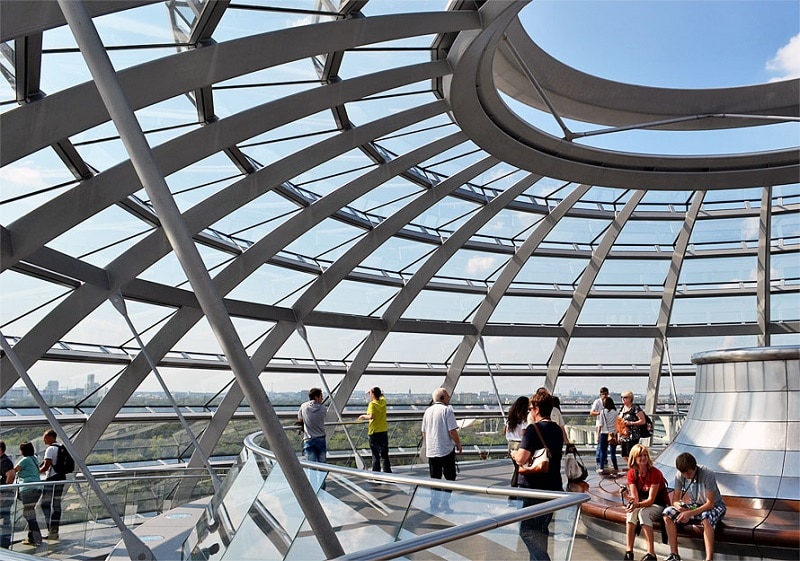 Historically, the Reighstag represented the darkest side of the World War II. However, it has been refurbished the reflect the transparency in German government — quite literally since it now has a glass dome, which was added after the country’s reunification. Climb up to the glass dome to enjoy stunning 360-degree views of Berlin.

1. Walk the length of the Berlin Wall 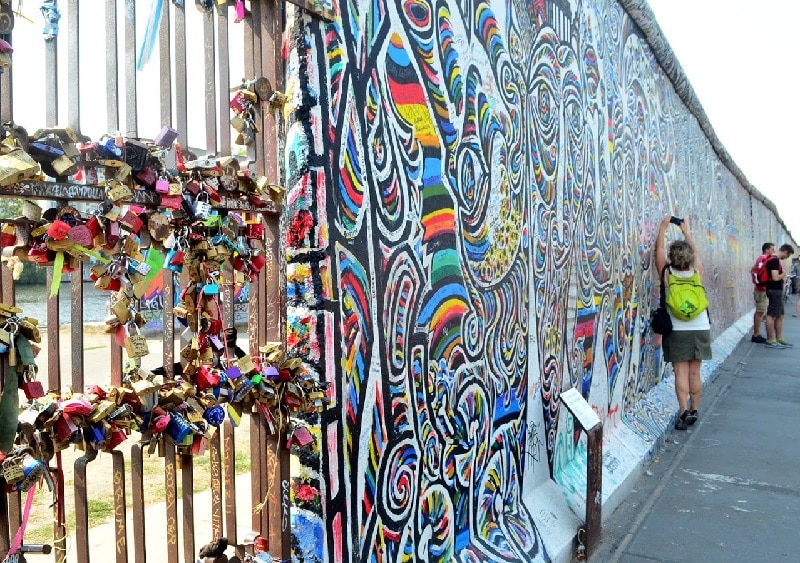 The Berlin wall is no longer complete, but it still reflects one of the darkest times in Germany’s history. Give yourself an hour or so to explore the wall and take a look at the art that’s drawn on it. You’ll see the mural that depicts the infamous kiss shared by Brezhnev and Honecker as well as other drawings made both by professional and amateur street artists.

Put these on your itinerary to make your Berlin vacation complete!

15 Things to Do in Berlin If You Are Visiting for the First Time was last modified: February 23rd, 2017 by Travel Blogger

Best Gadgets and Accessories That Students Need for Camping