If you haven’t visited it yet, maybe your image of Evora in Portugal is linked to monuments such as the Roman temple and its Gothic cathedral, but as you keep exploring you’ll discover a very well-known place in this city of the region of Alentejo.

We’re talking about the so-called Chapel of Bones, a corner which takes up the space of the old chancel of the church of San Francisco.

The Chapel of Bones in Evora goes back to the sixteenth century, when the Franciscan monks of the monastery had the idea of creating it to ‘reflect on the human condition, the passing value of earthly life and meditate on the eternal and definitive life’.

Although the Church of San Francisco was closed to visitors, it was possible to access through a rear door directly to the Chapel of Bones.

The first thing that will catch your attention is an inscription written over the door to the chapel, which says: ‘We bones that here are, for yours we await’.

What you’ll find in this chapel’s a stay of less than 20 meters long, with hardly three small windows that give access to natural light and whose walls and columns are covered with thousands of human bones. Specifically, it’s estimated that there are 5,000 thousand skulls and bones, all collected back in the day from the churchyard of Evora.

Among the most striking elements of the chapel, if the skulls weren’t enough, you can see two dissected bodies of a man and a youth. Legend says they were father and son, and the latter mistreated his mother with his father’s consent, so before the father beat her to death, she allegedly swore that they’d soon follow her in death but, since they were so evil, even Hell wouldn’t accept them, In fact, they soon died, but when they were to be buried, the ground mysteriously turned hard as a rock, and their graves could not be dug, so the monks took their bodies and put them on permanent display in the chapel.

In short, a place unfit for all tourists … but that strikes many.

A sinister visit to the Chapel of Bones in Evora | Portugal was last modified: April 25th, 2018 by Travel Blogger 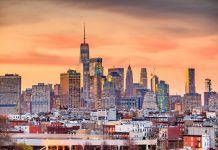