Kerala has been chosen among the best family destinations in the world to visit in 2014 along with New York City and Prague and nation states of Denmark, Italy and Hawaii for an award instituted by Lonely Planet, a travel magazine of international repute.

The peak season in Kerala is October to March when the hotels charge highest rates and have less incentive to offer discounts. Rates in April to September will be lower and hotels cost less generally since it will be offseason in Kerala other than few resorts that provide Ayurveda treatments in Kerala in monsoons and few resorts in Munnar etc that charges high during the summer months in India – April to May . Booking at the last minute might turn up some winter deals, and it is probable that discounted packages are easier to come in the off season in Kerala.

From March through May, the average high temperature in Kerala reaches the high 35 degree celsius. Monsoons from June to September is often heavy, so it’s misty and cold with temperatures of 20 degree celsius. Some people visit Kerala only to enjoy monsoons which is the best season for ayurveda treatments as well because of the cold climate. Monsoons is, nevertheless, a favorite time to visit Gods own country. September to November have the finest average weather, with daily highs of 30 degree Celsius and it will be green after the monsoons. The sun shines most of the time in September and October, too, with highs in September reaching 33 Deegree celsius on average. The backwaters of Kerala was beautiful, and the cultural season is heating up. Of course, when planning your visit, keep in mind that these are average temperatures and you need to plan the trip well because there are places like Munnar which may be uncomfortable to Monsoons and Kovalam that may be uncomfortable in summer. So if a heat wave occurs during April or May, it can make a visit to Kerala a sweltering experience.

The high season, October to March is, of course, also the most crowded with visitors especially the weeks around Xmas and New Year. On the other hand, Keralities dont leave home during monsoons from June to September, and the place is devoid of tourists other than few tourists comes for Ayurvedic treatments. Summertime also is the usual time for families to go for a Munnar sightseeing experience , whereas the rest of the year is left more to couples, no matter their age, business travelers and friends on an adventure.

If you want to go to Kerala but have serious budget constraints, you should shoot for sometime from April to August. If you mainly want to visit hill stations in Kerala, consider anytime but the summer as the rates will be still high as peak season. On the other hand, if you like the idea, that’s the time for you to go to get away from summer heat in India. If none of the above situations applies, Septmeber to March is the best times to go to Kerala, all things considered, according to Lonelyplanet. Those seasons offer the best weather, tolerable crowds, maximum accessibility and air fares that, though higher than the winter, have not reached their summer peak.

The above information should help any tourist who is planning to visit Kerala but there are always exceptions to the rule – weeks of dry weather in the wet season or monsoon or storms in the dry season. Here is an infographic that should help you in choosing the best month to visit Kerala.

Best time to Visit Kerala – An infographic by the team at Iris Holidays
Best time to go to Kerala was last modified: December 18th, 2018 by Travel Blogger 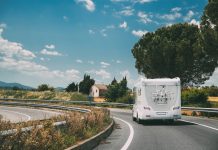 Top Advantages Of Travelling By Motorhome 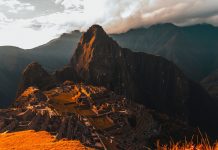 I Dare Say – The 8th Wonder of The World 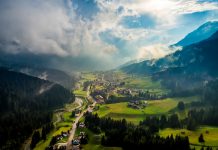 See Some of Europe’s Best Destinations for Drone Photographers 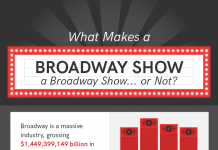 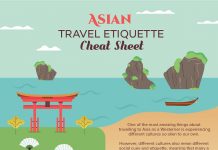 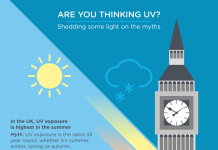 6 Common Sun Myths Every Holidaymaker Should Know About