They may not be the most famous, but the cities of Great Britain that are located by the sea deserve our attention.

It is famous for sailing winds in the area, so very often organized sailing races and other water sports in the open. The huge city beach is very clean and very friendly for families with young children. This does not mean that it lacks of nightlife. In the alleys of the historical center there are many small pubs and clubs to spend your evenings. While there are many places of special interest to explore: as the lighthouse of Portland Bil, the Pavilion Theatre and the Castle Portland. Highlight is definitely the coast Jurassic, Monument Protected by Unesco. For someone to grasp the wild beauty of the area should take part in a travel tour to learn all the secrets of the short distance and through legends who only know the locals.

Located in Yorkshire and has two wonderful beaches of the few golden sand in the United Kingdom. Separates an attended, picturesque harbor with fishing boats. The move here never stops. Professional fishermen come and go to bring the treasures of the sea and to supply them with the entire country. When you’ve had enough of the treats in small seaside restaurants, then it is necessary to know the darkest side of town that unfolds in the historic center. Also, there is a train rails which hang on the rocks by the sea and engaged on a very interesting journey.

It is the largest island of England in the Channel area. Separated from the mainland by the Strait Solent. The island resort was still the Victorian era, today arouses the interest of both young people arriving on the island with the board to make their windsurf, and other travelers who love the contrasts. The latter is justified by the fact that the island has beautiful beaches for all tastes, but the inland one can find authentic British countryside landscapes with picturesque villages and fairytale houses.

The favorite retreat of the poet, T.S.Eliot. On the golden sands of Margate, I can connect nothing with nothing. Certainly, from the 20’s, which Eliot visited this coastal city has changed alot. What has not changed however is the atmosphere. He has a magical way of combining the cool breeze from the sea with a dark sense derived mainly from the architecture of the Victorian era, but also the often cloudy sky. Specifically, it looks like it can combine the feeling of Puerto Rico that exude the eerie landscapes of northeastern Iceland.

It is famous for park protection and care of wild animals found in the region. Those dives beyond wanting to learn more about the fauna of this place, they can see a close up of seals rare birds. But we should not obtain injunctions can swim on the sandy beaches, but also to take a closer look at the listed buildings of the city.

View more here: Cities built on the edge of a cliff, The most affordable cities in Europe. 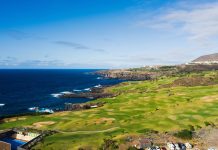 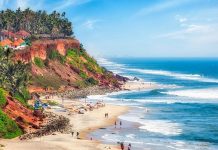 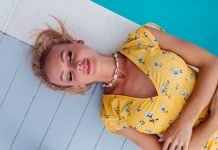 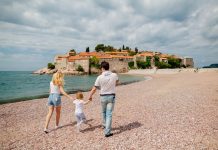 5 Reasons to Travel with Your Family This Year