Tourists from around the globe are awestruck when they first set their sights on The Manaus Opera House located in the heart of the Amazon rainforest in Brazil. You read that correctly. There is an opera house in the jungle!

A true piece of Renaissance architecture, the Opera House is a historical landmark still open to visitors today. Over the years, it has accommodated the Amazonas Philharmonic and has hosted the annual Amazonas Opera Festival.

Canadian Dr. George Freundlich, a retired medical doctor and career musician, has not only visited this unique locale, he’s had the pleasure of attending a classical guitar festival (in 1996), on the 100th anniversary of the Opera House. An avid traveller, George has visited over 100 countries and enjoys taking in the culture at as many destinations as he can — and the Opera House is one of the places that left a lasting impression on him.

Here, he presents some history and interesting facts about “The Opera House in the Jungle.” 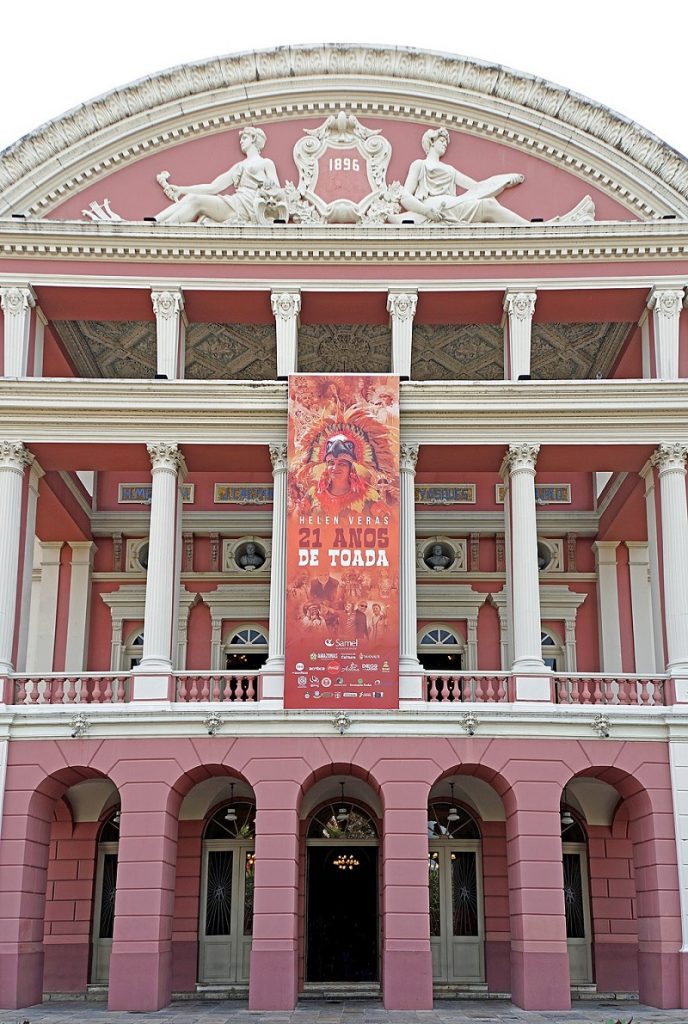 Around 1867, Brazil was under Portuguese occupation.  During this time, the British flocked to the Amazon jungle to harvest rubber, and they made a mint doing it.

The area, due to its abundance of rubber, was undergoing what was known as the ‘rubber boom.’  Because of its extraction, Manaus became a wealthy city – in fact – one of the wealthiest cities in the world.

As George Freundlich explains, “The idea to create the opera house was first created and funded by the British.  The British, after all, had no or little entertainment, and they funded the Opera House themselves to bring a taste of home to the Amazon.”

When construction finally began in 1884, it was probably never imagined that it would take 12 years to complete.  There were a few blips along the way that caused several pauses in construction, including extreme temperatures and climate, as well as funding issues.

Despite the challenges, the construction of the Opera House was a concerted effort.  Celestial Sacardim, an Italian architect planned the theatre in the Renaissance style, and many materials were brought in from all over Europe to create the theatre.

George Freundlich: “I believe that the theatre’s furnishings came from Paris and of course, the marble for the stairs, statues and columns came from Italy. The Italian artist Domenico de Angelis painted the decorative panels that sit on the ceiling of the auditorium and audience chamber.  Today, the Opera House is known as the ‘Jewel’ of the Amazon – and it truly is!”

If you were to visit The Manaus Opera House, you’d be hard pressed not to notice its 198 chandeliers, 32 of which are made from Murano glass.

Look up and you’ll see the impressive dome which is covered with 36,000 decorated ceramic tiles set in a mosaic design depicting the Brazilian flag. 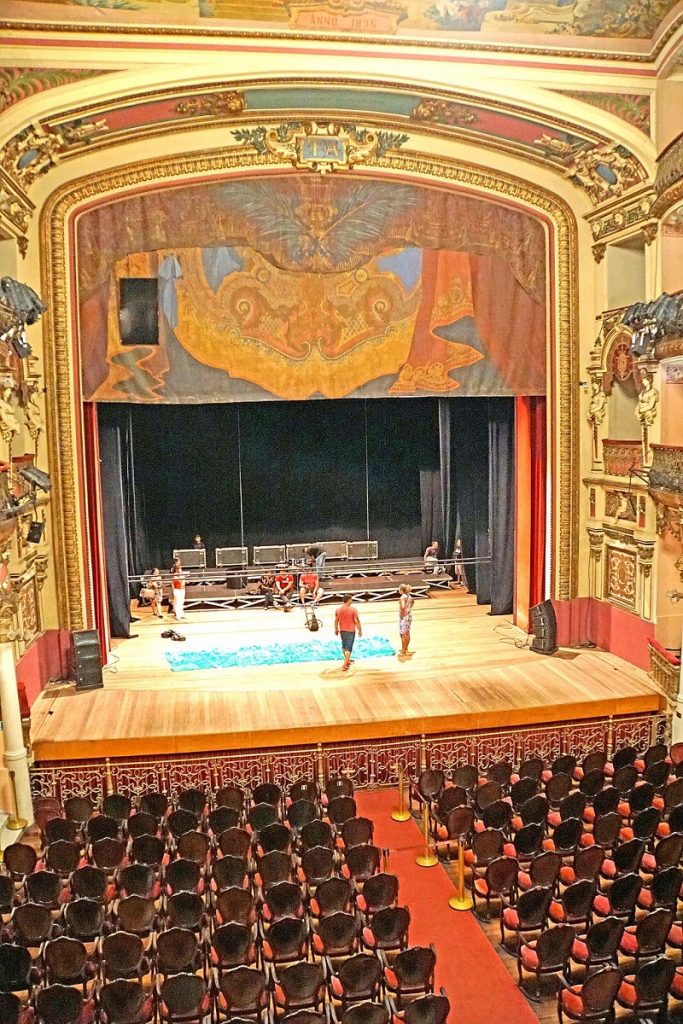 The Opera House was inaugurated on December 31, 1896, with the first performance on January 7, 1897 with a presentation of La Gioconda by the Italian composer Amilcare Ponchielli. It has 720 seats and was constructed with bricks brought from Europe, French glass and Italian marble.

Interestingly enough, when they opened the Opera House, they noticed that you could hear street noise inside, such as horses and buggies passing by.  “What they did was, they covered the streets around the Opera House with rubber as if they were huge carpets.  This solved the noise problem!”

Among the talents that performed at the Opera House was Enrico Caruso, one of the greatest tenors and most definitive voices of the 20th century.

Unfortunately, the city of Manaus fell on hard times due to rubber trees being planted in Malaysia, Sri Lanka and Africa at much cheaper prices. The Manaus Opera House also took a hit, but during the turmoil, it never completely closed.  When the economy finally began to rebound, the Opera House underwent major renovations for its 100th anniversary.

Today, it is well preserved and remains a key component of Manaus’ and Brazil’s history.

“Interestingly, a film would prove to be the source of the theatre’s revitalization and popularity.” says George.  “Werner Herzog’s 1982 movie Fitzcarraldo features a concert in The Manaus Opera House.”

These days, visitors can tour the theatre and revel in its unique history.  The Manaus Opera House draws in thousands during its hosting of many events, including the Amazonas Film Festival.

From the paintings, materials used in construction, the local stories, everything here has a story behind it. One thing is for certain, if you even get the chance to visit this part of the world, a visit to The Manaus Opera House is a must stop.