Salamanca is the capital of the Spanish province of Salamanca, it is located in the barren region of Castile and Leon in Extremadura near the border with Portugal. Some people have called it a “big country town” populated enough to offer all the amenities of a big city but at the same time, it retains the intimacy of a country. Its university is undoubtedly the main attraction of Salamanca: the area’s economy is based on tourism, on the “study vacations” and the many Erasmus students coming to study here from all over Europe. It is said that the habitants of Salamanca speak the “purest” Spanish in the country! The University of Salamanca is one of the oldest in Europe, and it is the first in Spain. The building itself is a masterpiece: while being there do not miss the decorated facade and the courtyard, but also the old library and the classrooms with wooden benches. Some of the important people, that somehow have marked the history and culture of Spain, were studying once on these desks.

A city that has a unique nightlife, which is reflected in the souls of the habitants. A nice place for going out (students) is the Plaza Mayor, which is located in the heart of city and is particularly the best place to have fun. The Tormes River bisects the city, whose centre can be visited on foot. The green places can be found there as well, with the Park of the Jesuits (the largest) and the Parque Fluvial, overlooking the Tormes. Do not miss a visit to the Casa de las Conchas, the House of shells: which is a very special building and now is hosted as a public library (whose facade is decorated with precisely shells).

The city is a pearl in the middle of nowhere, a factor which increases even more the charm! The only drawback is that the city is hard to reach (there are no airports: from Madrid it takes you at least six hours by train), but it’s worth a visit to Salamanca which was a former European Capital of Culture in 2002 (and it will leave you speechless). Salamanca is about 200 km from the capital Madrid, which makes it a couple of hours driving to get there. A driving route is ideal for exploring these mysterious territories. From Valladolid to Salamanca it is about an hour distance and while you’re in the city, why not hopping over to Zamora, which is known as the European capital of the Roman?
Enjoy your trip : )

The Hidden Pearl, a trip to Salamanca in Spain was last modified: February 11th, 2012 by Travel Blogger 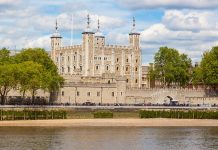 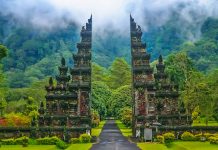 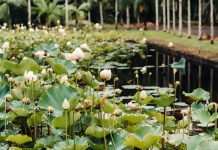