Flanked by the gargantuan North Atlantic Ocean and scenery of dramatic cliffs, for many years the Giant’s Causeway has stirred scientific debate, inspired artists and captured the imagination of everyone who sets eyes on it. It is no surprise that it is a geological wonder and UNESCO World Heritage Site, with more than 40,000 basalt columns that interlock. It harbours a wealth of natural and local history.

The Giant’s Causeway is the focal point of an area of exceptional natural beauty and for centuries has attracted countless visitors who have been marvelling at its mystery and majesty. Located at the centre of one of Europe’s most outstanding coastlines, its exceptional rock formations has, for centuries, stood as a natural fortification against the uncontrolled ferocity of the Atlantic storms. The rough and rugged symmetry of its columns never fails to intrigue and inspire tourists. The uniformity of the pillars makes them look like man-made, instead of nature made. Strolling on the Giant’s Causeway is like voyaging back in time.

What makes the Giant’s Causeway a must see?

There are various stunning trails at the Giant’s Causeway suitable to every visitor, from a simple stroll to a tough coastal hike and additionally, a new accessible cliff top walk, for people with disabilities and families. The place is suitable for cliff and country walks and picnics.

Sea birds can be frequently observed off the coast, with species such as razorbill, petrel and fulmar being frequently seen together with rare plant species on nearby rock formations and cliffs around the Causeway.

A circular walk takes visitors down to the Giant’s Causeway, passing through amphitheatres of stone formations and columns with fanciful names like the Wishing Well, the Honeycomb, the King and his Nobles and the Giant’s Granny past Port na Spaniagh (this is where Girona, the Spanish Armada ship foundered), past the wooden staircase leading to Benbane Head and back to the cliff top.

Further down the Causeway coast, the spectacular Carrick-a-Rede rope bridge links the coast and a small island that is being used by fishermen. The frightening 98 foot drop can be crossed using the swinging bridge and that is only for the brave!

The Giant’s Causeway Visitor Center rises and blends into the landscape, with basalt columns, walls of glass and a modern interior designed by Heneghan-Peng, award winning architects, the centre is truly innovative. This is a modern visitor centre that features an enlightening exhibition showcasing the science and the stories behind the Giant’s Causeway.

The building boasts of numerous exhibition areas and a grass roof where visitors have 360 degree views of the coastline. Watch Finn McCool on a big screen, look at the interactive spaces and unlock the secrets of an inspirational landscape. Conservation is at the heart of this project and the facility complements the surrounding landscape, making sure this important heritage asset is managed in a sustainable way.

Must see and do

Apart from just seeing the rock formation there are also other unique things to see and places to visit such as;

Any tourist to Ireland should not miss out on the wonderful adventure available at the Giant’s Causeway. Just the walk in itself is a pleasure, as you are able to see various volcanic features along the way. Remember to pack some rain gear, wear good climbing shoes and get out there on the rocks to experience one of nature’s wonders, just the way Fionn MacCumhaill once did.

Why Do Tourists Love The Giant’s Causeway? was last modified: March 23rd, 2017 by Travel Blogger 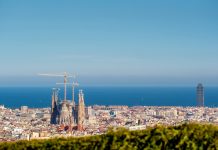 Why You Should Visit Barcelona 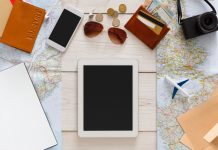 5 Ways to Make Money From a Travel Blog