Bangkok, also called the City of Angels, is a tourist hotspot. Its huge speciality is the integration of the old and the new in the same city. Why not book cheap air tickets from Bangalore to Bangkok and experience the magical place?

Bangkok, the capital of Thailand, has a lot to offer to you. Several holidays are spent there with a great number of activities being conducted and participated in. This city has its old and new parts. Temples and skyscrapers, mansions and suspension bridges are examples of its integration of old and new. Bangkok is the world’s second most visited hub, because of its unique and highlighted characteristics attractions. 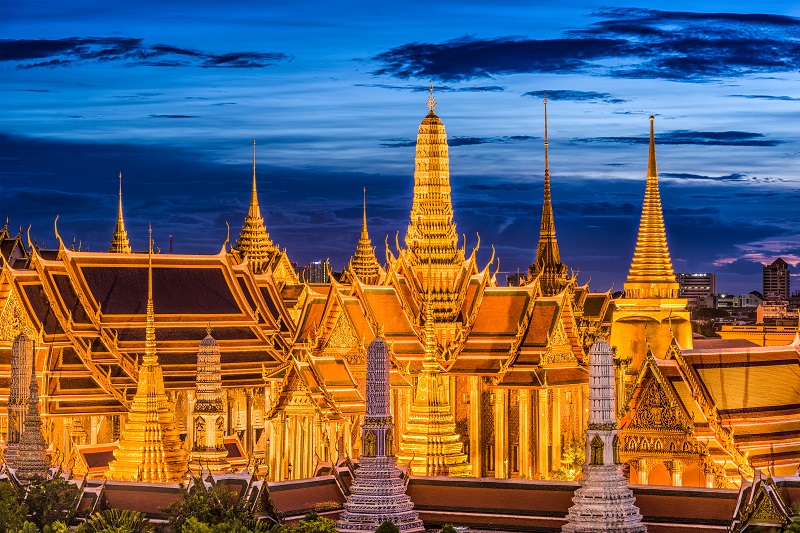 Food and goods are stocked on boats and sold while floating on the river. The items sold include local food, food from open grills, fresh tropical vegetables and fruits, coconut juice, etc. The idea of floating markets is observed only here, in the whole of Southeast Asia. There are three famous floating markets in the capital- Amphawa, Klong Lat Mayom and Damnoen Saduak.

Tourists always make a point to visit the Grand Palace built in 1782. It was once the Thai King’s residence, the royal court and the administrative seat of the Government. This palace is very glorified and has now become a popular landmark in Bangkok. Beautiful architecture and rich culture have it enhancing the palace’s appeal.

Relaxation is a must-have during vacation. With several types of messages to be offered, one should definitely try out a massage treatment in Bangkok’s top massage shops. Foot reflexology, traditional Thai massage, aromatherapy, facials, foot massage, back and neck massage, oil massage, etc. are the several options. Massage is one of the most efficient and effective treatments for stress relief.

The best market in Thailand, it covers an area of almost 35 acres and 8000 stalls and more than 200000 visitors every weekend. Rare treasures, antiques and maximum bargains are seen every weekend. They have a huge array of products of various users or of no prominent use.

The break from urban life and the concrete jungle is achieved in here. These gardens are lush green with natural freshness and beauty of nature. The garden has been designed such that it preserves nature’s natural beauty and also includes walking and cycling trails, raised embankments. The garden has some houses built on stilts along Bangkok’s famous Chao Phraya River.

An urban shopping and hangout area, it is the largest in Asia. It is along the riverside of Chao Phraya River. The buildings part of the area used to be sawmills, old warehouses and piers with the blend of the old town atmosphere with the present modern feeling. A magnanimous Ferris wheel, Asiatique Sky is played at Asiatique which can be spotted a mile away and from which you can witness the breathtaking view of the location. The view can also be had from the waterside areas of Asiatique. 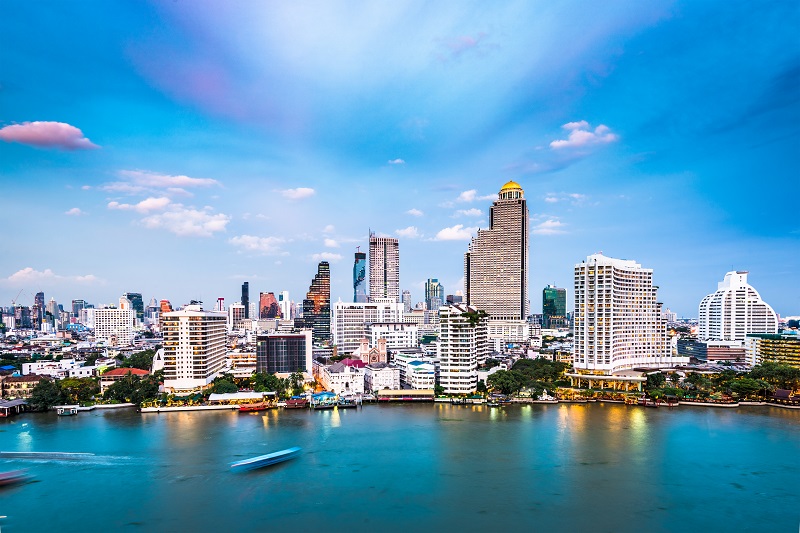 An old Catholic church of the neo-classic and renaissance style was relocated from Ayutthaya. It is of the Portuguese descendants. A pier is found in the waterside of the church (in front of it). Santa Cruz was named so because its name refers to the sacred cross over the dome.

A very popular road when asked across Bangkok. The Khao San Road. Not really a safe area, Bangkok’s nightlife is completely centred there. It is the place where the backpacker stays the night, wild party people stay the night, and people with low budgets get their cheap accommodation. As the night actually arrives, the streets convert themselves into colourfully and dingily lit roads with mobile bars, pubs selling intense cocktails. Local Thais and foreigners can be found, drinking their sorrows away, mingling with each other thus mixing the east and the west together.

The areas most visited include Khao San road, Chinatown, Riverside area and Rattanakosin. We assure you this entire list has tempted me to plan Bangkok as my destination for my next summer vacation. The world is your platter of opportunities. We say, book cheap air tickets from Bangalore to Bangkok and dive in!