The “Milano da bere” a historian advertisement of the Eighties (background music by the Weather Report’s Birdland) has become a common place known to all. It is an aspect of the city that belongs to the most popular tourist attractions, or perhaps, better business: for tourism in Milan is not that big a deal.

Unable to deal the issue comprehensively and without falling into banality, the offer is too far-reaching and, in this regard, there are magazines in the reporting of events, which are distributed (usually free of charge) into the hundreds of local exhibitors. The events of the city are particularly dense and rich, especially during certain occasions, starting with fashion week till the Salone del Mobile. The latter, which this year celebrated its 50 years, is one of the most notorious and world famous furniture collections of design and draws visitors from all over the world, in the last edition of which almost 280 000-180.000 were foreign. The schedule of shows, events and exhibitions during these occasions is really varied and attractive. Some bars and even some areas of the city are transformed for the occasion from time to time and organize their own events. And the many foreign visitors often know them only in this period. But do these bars offer anything when there is no “Salone del Mobile”? What we propose is an itinerary in places of Milan’s Salone del Mobile, which is valid even when the show is not there. The notion is equally interesting and if you go out of season in Milan, you’ll find them the same places less crowded, or you can prepare another journey in April, to make comparisons. The design bars at the Triennale of Milan are quite widely known. The first stage, if you are interested in design, could be a ride at the Triennale in Milan, in the Palace of Art of the Sempione Park (via Alemagna 6). While you visit the shows, the institution offers many temporary exhibitions of modern art and design, some on fee and others for free and what’s more they are open until 22.00. Inside, there is a delightful bar: the DesignCafé characterized for having different chairs, well-54 of them, designed and made by different masters. Choose the one that most inspires you. If the weather is good, you can also head to the garden, where there is the Fiat Café (in summer it’s open until 23.30). In the park there is also the opportunity to sit on the designs for example, on a bronze armchair by Gaetano Pesce, in the form of a woman, with a ball at her foot that serves as a footrest (beware, if you sit in the sun in summer, the temperature is high!). This is just to start with a taste of design. The night is young and Milan by night, to tell the truth, begins very early, with the ritual of the aperitif. 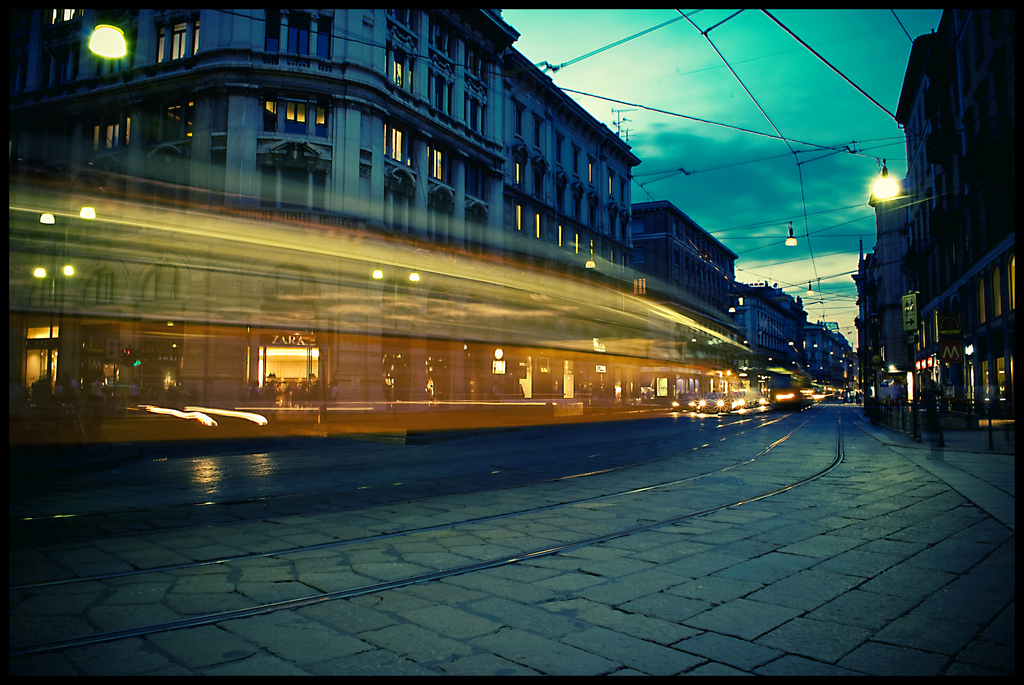 The Basso Bar (Via Plinio 39) is one of the historic bars of its kind, a real temple of aperitifs Milanese. It’s the place where international cocktails have been invented like Eat & Drink (ice cream with fresh fruit and liquor) or the Wrong Negroni (with sparkling wine instead of gin) served in large glasses designed specifically for the bar with a giant square ice cube floating in the yolk of the cocktail. The Salone del Mobile is an occasion for designers’ meeting and, on Tuesday, the traditional closing day, in this period usually remains open for private parties, at least in theory. It all began in 1999 when Maurice Stocchetti, son of Mirko (the old owner who took over the club in ’67) organized a private party with some foreign friend who was a designer. The possibilities of invitation were ten people each but the story has it that more than 1,000 people turned out! “Everyone was there! – says Maurizio – Including Simon Le Bon with his wife in tow. ” Since then the club has become a meeting point during the show. But it should be noted that there is no buffet, therefore, with only the traditional potato chips you have to be happy with olives, pickled onions and, at most, a couple of sandwiches that varies from day to day.

Happy hour, the beloved by some and hated by others happy hour is grafted onto the much older tradition of the Milanese aperitif going back at least to the Fifties, but it is a chance to eat as much as you desire, in some places it’s the alternative to dinner with the choice of first and second plate apart from various snacks. The only embarrassing point is the difficulty to choose. During the show, the center of these things is in Tortona (near Porta Genova), but then the crowd poured out everywhere, and these places are everywhere. At the Navigli, in the Garibaldi Station (on Corso Como is the most fashionable and VIP nightlife) up to the historic bars as the Bar Magenta (Via Carducci, 13) or those at the Columns of San Lorenzo. But there are also less known and very decentralized places, which can be as sensational regarding the buffet. A few tips for good alternative forks: the Art Factory (Via Andrea Doria 17, MM Green, Caiazzo) or the Golden Temple (23 via delle leghe, area Pasteur, MM rossa), that has also won awards but the happy hour is only from 18.00 to 20.00, afterwards it becomes an equally delicious and alternative fusion restaurant, whose kitchen stays open until 2 am if you happen to get hungry at night. 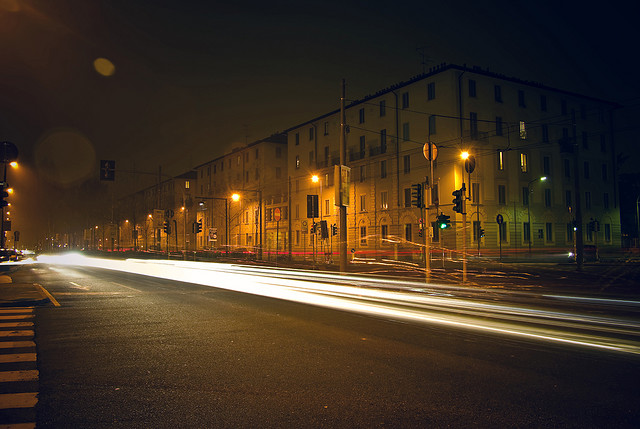 The Milan Furniture Fair, is annually held at the Milan Fair in Rho, but for the whole city it initiates abound everywhere, and in addition to the dining rooms the most important event is without doubt the Fuorisalone. Among the most interesting offers are those of external provocatively indicating that “The show is outside!” And, in the week of the event, when Milan presents solutions for interior decoration, Outdoors “brings attention to the need to enhance the public space, through the production and representation of ideas and projects, which, since 1995, animate the public spaces of the city of Milan, from the center to the suburbs. ” This philosophy of outdoor activities is one that distinguishes this cultural enterprise, which often organizes dinners and cultural but also gastronomical events around the city. And not just during the Salone del Mobile, the events, organized in a nomadic fashion are held in many occasions during the year. In September, for example, when the Milan Film Festival has just ended, events are organized by them and dedicated to short films, which takes place in the plaza between the Piccolo Teatro and the Castello Sforzesco where in addition to the cinema outdoors you can enjoy wine, beer and food. Finally for the more outrageous night owls, we point out another famous bar that during the Salone del Mobile always organizes events and performances on the fringes of great interest, especially in terms of music and DJs. This is the Plastic (Plastic Gallery, Viale Umbria, 120) that becomes a nightclub, among other things and is a special place that you usually either love it or hate it. Inside, it has three rooms, but its true soul is the Privé. We are talking of a very kitch decorated environment a little bit as in the films of Almodovar, where you can mingle with a mixed crowd of fun-loving in outrageous fashionlook, drag queens and gay mingled perfectly with business men in a suit and tie.