Greece is a country full of magic, wonders, and amazing lifestyle. With more than 2,000 islands, a visitor has no reasons not to have the fun of their lives. Tourists love to explore the hilltops of the islands while touring and other fascinating places on the island; usually on the back of donkeys. However, that is a practice many are standing up against because of issues with the cruelty of which the animals are subjected to. Especially noticed in islands such as Santorini. Here are the reasons why we are against riding donkeys in Greece. 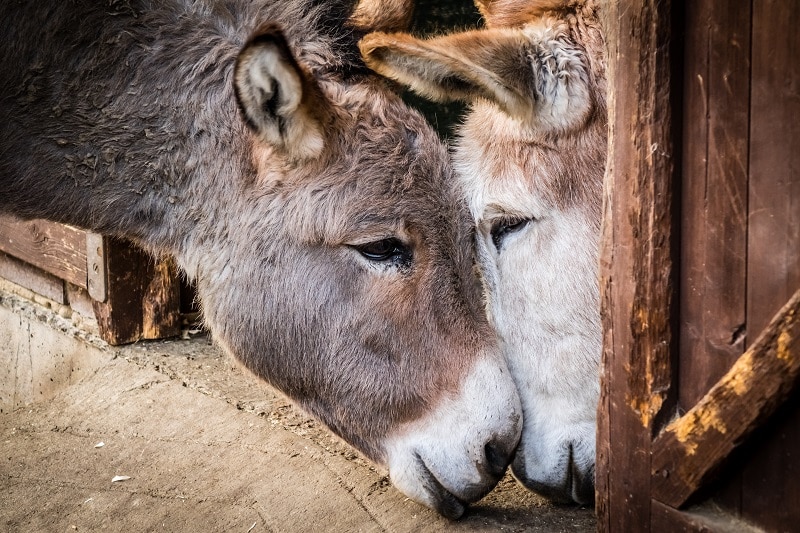 Donkeys are good at climbing but when a human being is sitting on their back, it can be tough for them. After a ride, the donkeys are put in a place where they wait for the tourists to ride them downwards. During this period, the animals are subjected to terrible conditions and mistreatment. They stay in the hot sun for hours without a shade, and most of the time the owners don’t give them enough food or water. 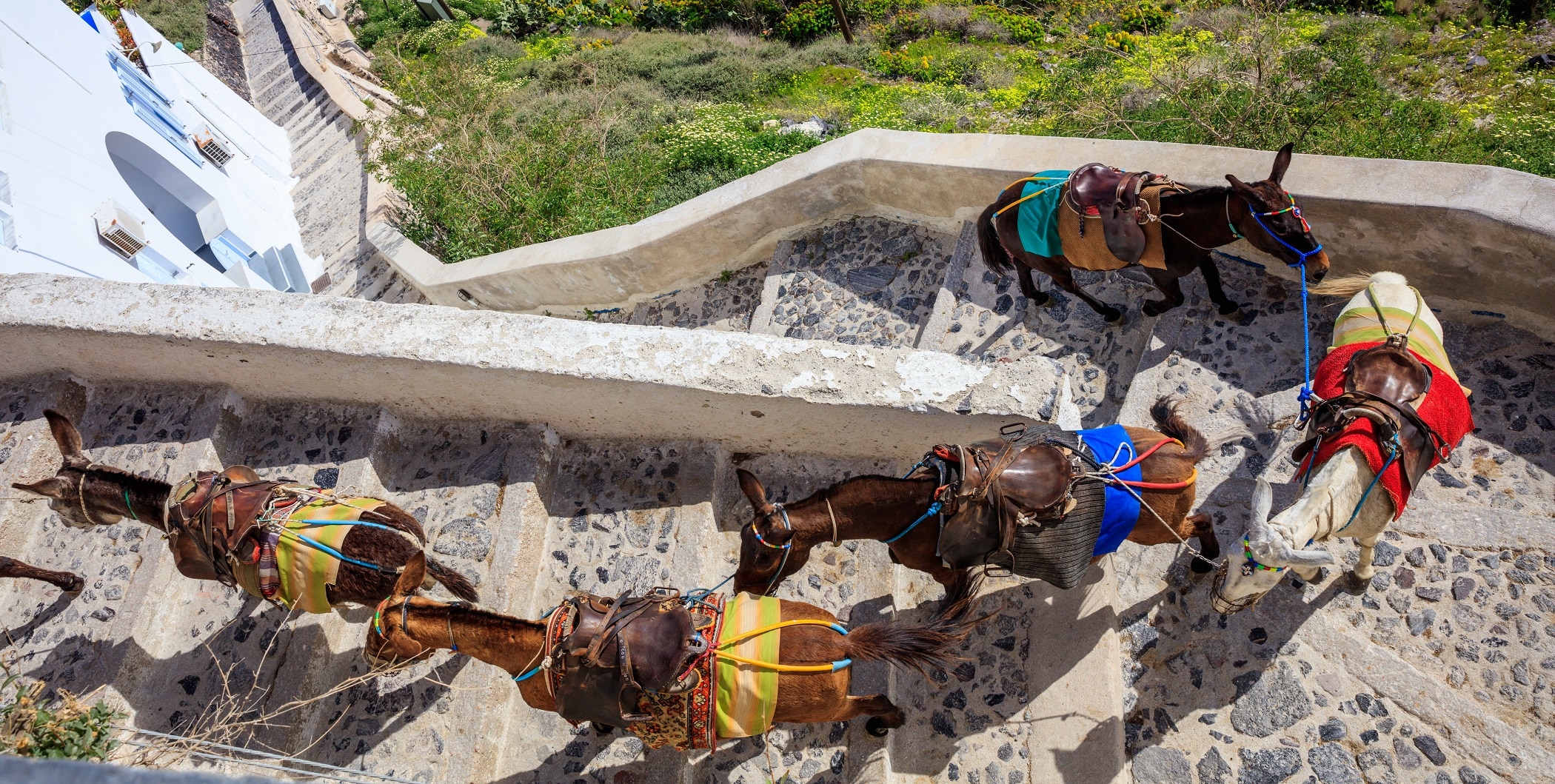 Sometimes donkeys get injured due to a fall. Instead of taking care of them, the owners abandon them in order to avoid expenses. These donkeys live for days and weeks suffering the pains that were caused by their selfish owners. When the donkeys are too old and unable to walk, they are tossed off the cliff to certain death. Some donkeys are abandoned in old buildings or fields where they roam about in pain, until they meet their unfortunate end. 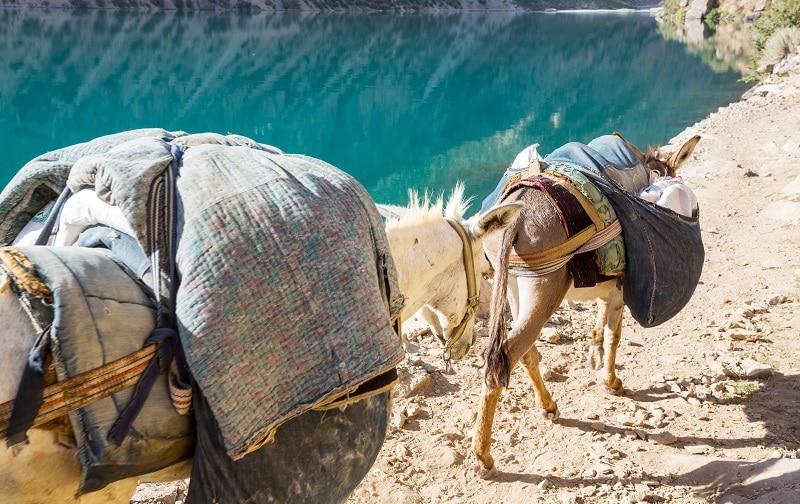 Some People Are Just Too Heavy

Donkeys have a particular size of people they can carry successfully. But sometimes, they are forced to carry tourists who are just too heavy and shouldn’t be seen riding any animal. Unfortunately, the owners have to make money and no one seems to care about how the donkey feels. Many donkeys have sustained serious injuries from carrying people who are overweight. 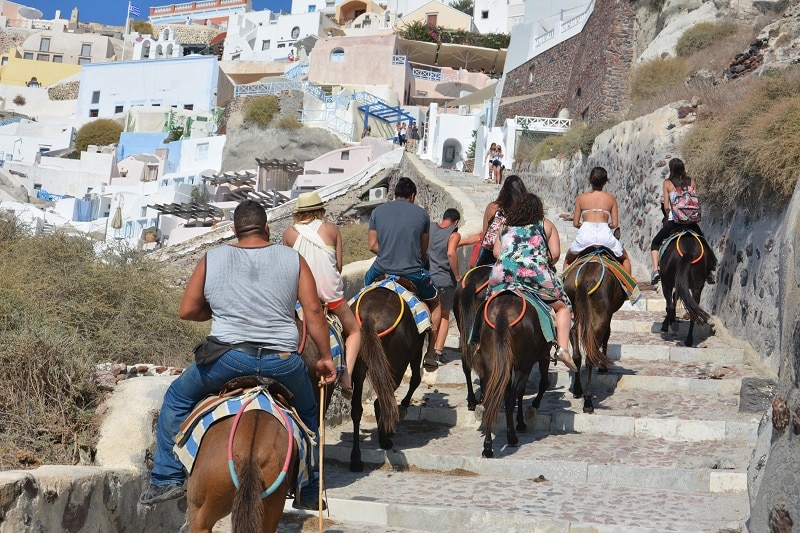 Too Many Rides A Day

There are thousands of people coming into Greece every day and many of them hope to ride a donkey to different locations. The issue is, there are not enough donkeys to go around so donkeys have to work more than they usually should. When donkeys are overworked, they get sick and their owners will still abandon them. We don’t want this happening to the donkeys. Tourists on their own part need to take the responsibility of not riding the donkeys, so as to protect them from all of this mistreatment. 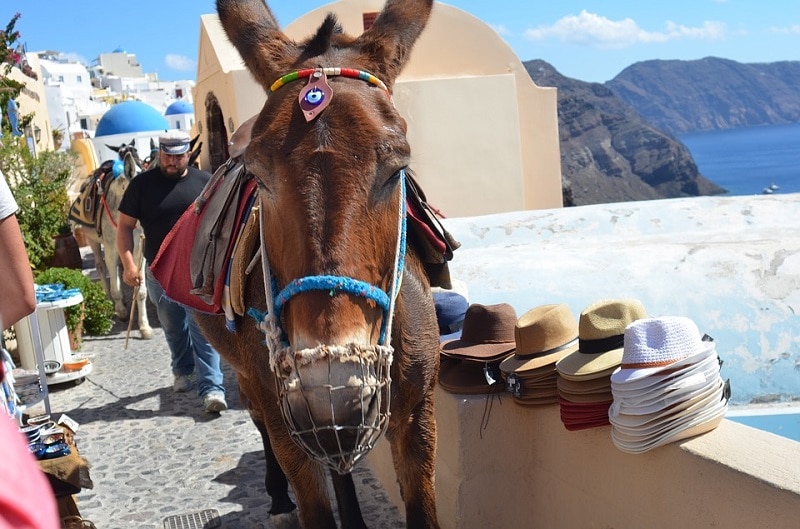 Many donkey owners are wicked and selfish, having not even the smallest remorse for the animal that brings them so much money. When these animals are overworked, they sometimes refuse to respond to more work. It’s common to see the owners hitting these innocent animals mindlessly, forcing them to do what they naturally couldn’t do. Donkeys are put into this position mainly for profit. Owners want to make more money by using a few donkeys to serve as many tourists as possible without considering the welfare of the animals.

Taking action against donkey riding in Greece is a just cause that must be won. Using donkeys gives access to areas that are not accessible by car more easily. But the harm brought to the animals far outweighs the benefits. Thus we, Trip and Travel Blog, have decided to stand against such animal cruelty, and advise our readers and followers to do the same.

Why We Are Against Riding Donkeys in Greece was last modified: May 23rd, 2019 by Travel Blogger