If you are in university, there’s still time to dream of taking an Erasmus trip to any of these amazing sites, and if not, it’s a perfect opportunity to discover another kind of tourism. There are some amazing universities much closer than you think!

Many universities have such spectacular buildings thus besides being important centers of higher education, they are also major tourist attractions. The stunning architecture of buildings declared world heritage sites and the beauty of their gardens attract curious travelers interested in history and culture. Attending class in such magnificent surroundings is a luxury that can tempt you even if your student days are over, to return to the classroom. Here’s a selection of ten of the most amazing universities in the world.

This is the oldest Catholic university in the world and the oldest in Belgium, since it was built in the fifteenth century. The highlight is its impressive library, rebuilt twice after the Germans destroyed the first in 1914 and the second was also destroyed in 1940. Fortunately, it was rebuilt according to the original design of the building and visiting it is highly recommended. The library houses an exhibition on its historic past and the tower offers a great view of the plaza. 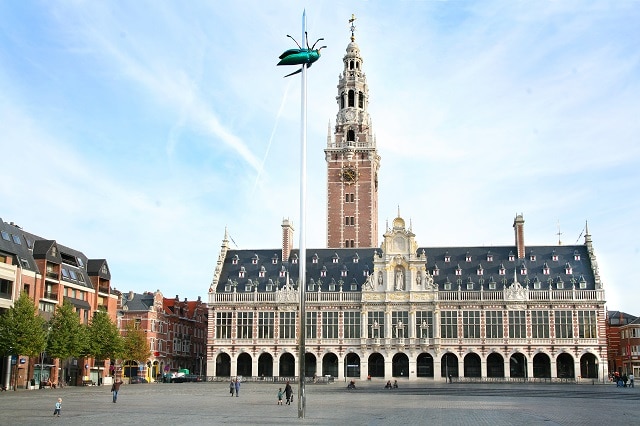 Tsinghua University is one of the most exclusive of China and is located near the Old Summer Palace, in the former royal gardens of the Qing. The campus has a mixture of traditional Chinese buildings and others with a more western style in idyllic green meadows, stone paths and several artificial lakes where you can see the famous lotus flowers. 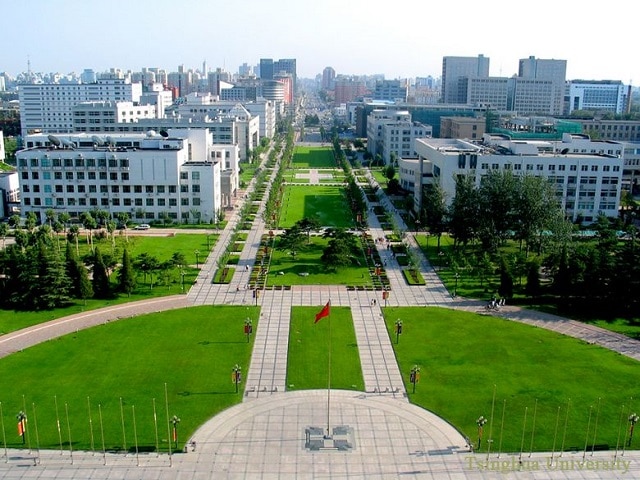 Many claim that Gilmorehill campus of the University of Glasgow is one of the most beautiful corners of the Scottish city. The main building is Gothic and its clock tower inspired the design of the tower of the New Zealand University of Otago. Located in a green area of gardens along the River Kelvin, the campus is perfect for a quiet afternoon stroll or a picnic. 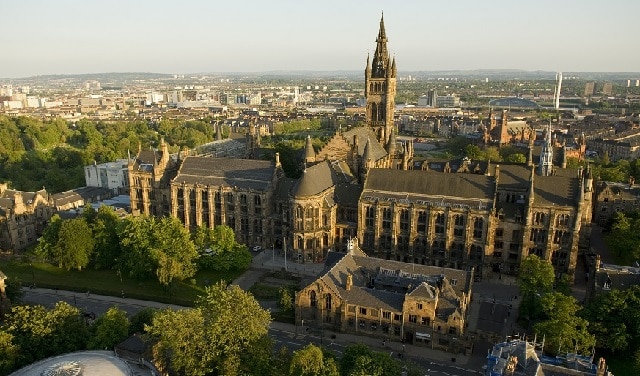 The historic center of Salamanca is dotted with beautiful university faculties, lavishly decorated facades that attract the attention of travelers interested in the world of architecture and art. Salamanca also has one of the best university environments in the country. 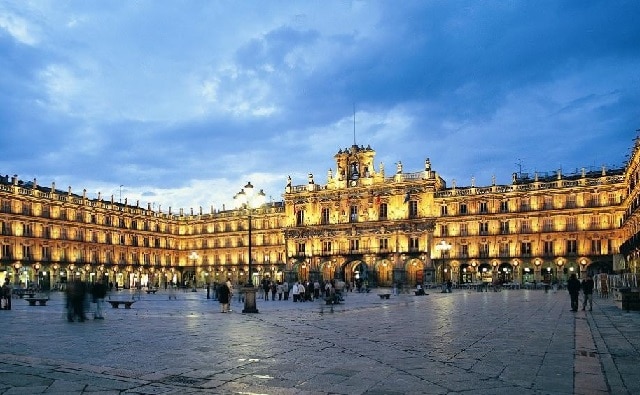 This university campus has been declared one of the most beautiful places in the United States by the American Society of Landscape Architects. Most of its buildings are located around a lake in a large green area next to the Appalachians. 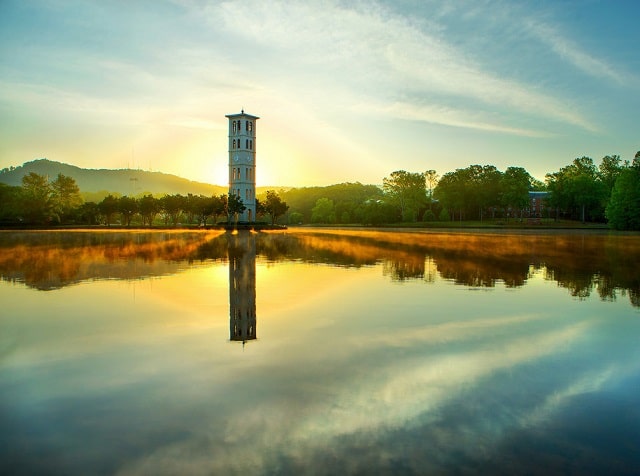 There are few cities as directly related to their university as Oxford. The more than thirty faculties that make up the university are spread throughout the center and such is its beauty and charm that many of its buildings have inspired important literary works. 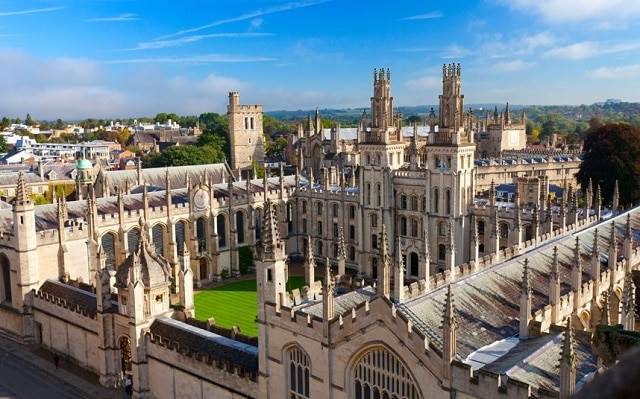 Built in the eleventh century, the University of Bologna is one of the oldest in the world, besides being an architectural reference for the subsequent construction of other universities. The most prominent faculty is the Collegio di Spagna, which has beautiful vaulted rooms, a nice cool porch with a Gothic church and a patio with galleries in the center of the building. 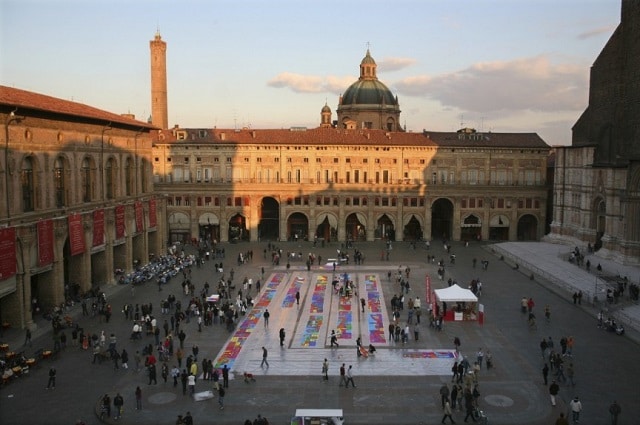 The Autonomous University of Mexico opened in 1910 and, despite its relatively short tenure, is a great reference in art studies and one of the leading universities in Latin America. The main campus consists of amazing modern buildings located south of Mexico City and declared World Heritage site by UNESCO in 2007. 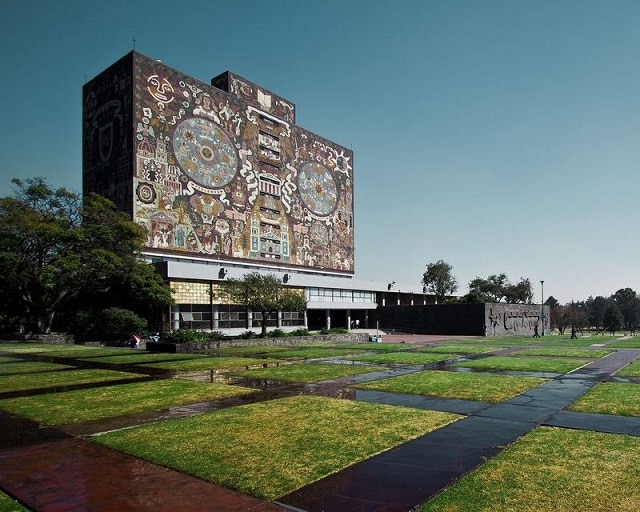 When one thinks of New Zealand they immediately imagine beautiful green landscapes and idyllic rural settings. The University of Otago is the oldest in New Zealand and has a campus located in an environment of beautiful gardens. In the main building are its neo-Gothic facade and clock tower, whose construction was based on the University of Glasgow. 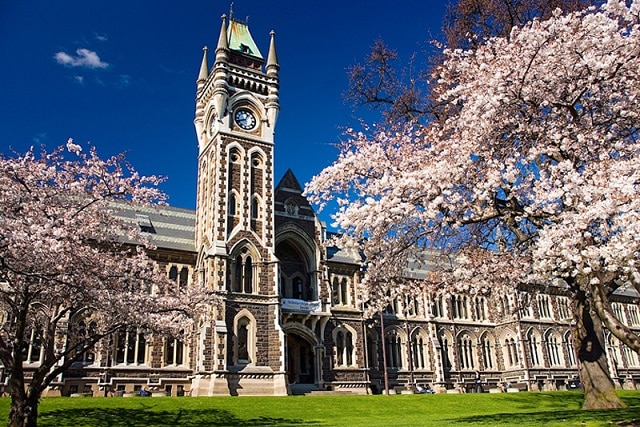 The Joanina library of Coimbra University is, according to many, one of the most beautiful in the world, and Unesco has recently included it in its list of world heritage sites. 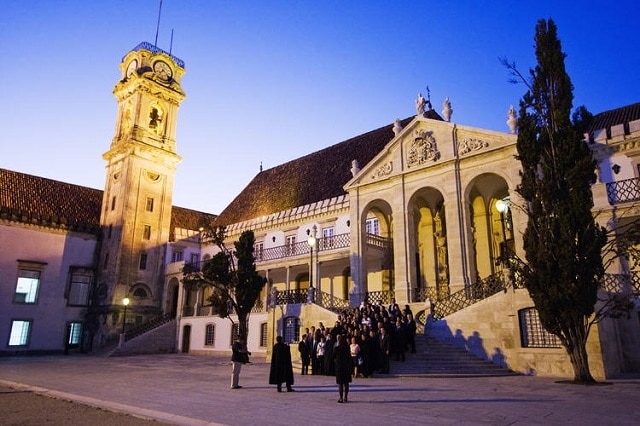 You’ll also want to see: Meet the beautiful Bologna in Italy – The Hidden Pearl, a trip to Salamanca in Spain

10 Amazing Universities In The World Will Make You Want To Study Again was last modified: April 16th, 2018 by Travel Blogger