You could spend all week exploring the five huge museums on Berlin’s Museum Island and you still wouldn’t have seen the vast collection of treasures they house. Here’s a quick rundown to help you decide which you’ll venture into first.

Designed to appear as though it was rising out of the water, the exterior facades of the Bode drop straight into the Spree River. The Bode houses three separate collections: a sculpture collection (Early Middle Ages to the late 18th century), the Museum for Byzantine Art and the Coin Cabinet.

Attracting the highest number of visitors in Berlin, nothing can prepare you for the incredible reconstructed exhibits housed in the Pergamon. You’ll need to walk beneath the Pergamon Temple frieze, through the Market Gate of Miletus and past the mosaic creatures in Babylon’s Gate of Ishtar to appreciate the grandeur for yourself. 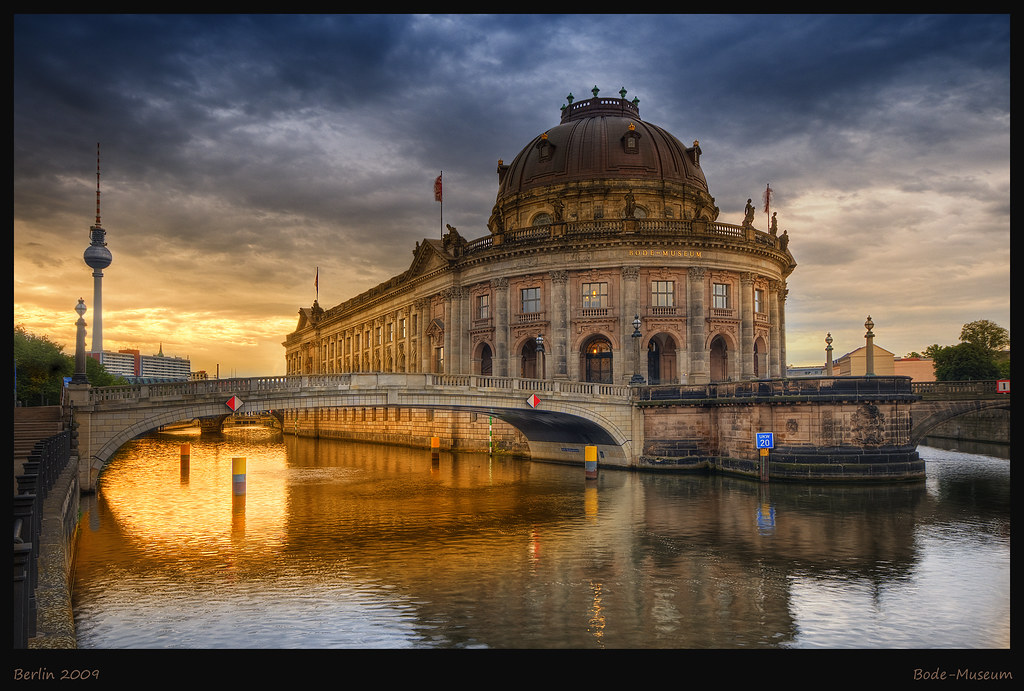 The Neues Museum was largely destroyed during the War, but beautifully reconstructed and reopened in 2009. It now houses the Egyptian Museum and the Museum of Prehistory and Early History. Its most famous exhibit is the bust of Nefertiti, painted 3,300 years ago and widely considered to be one of the finest works of ancient art.

Friedrich and Schinkel rub shoulders with Monet and Liebermann in the Alte Nationalgalerie, in one of the largest collections of 19th-century sculptures and paintings in Germany.

The Altes Museum, or ‘Old Museum’ was built in 1830. It’s currently undergoing renovation, but when back up and running will display its permanent collection of classical antiquities and Greek and Roman art and sculptures.

Still can’t decide? To make it easy there are a range of museum passes available, giving you from one day to one year to explore the museums at your leisure.

Susy Peddie is from New Zealand, now based in Berlin, working for GoEuro and exploring Berlin’s many museums whenever she can.