They say April is the best month to visit Seville, the beautiful province of Spain. This month coincides with the time of spring when flowers, plants and trees are at their best in Seville, imbuing the city with their aroma. It is a month of mostly sunny mild climate, but not hot.

It is the month of the two major parties in town. Holy Week, which runs from Good Friday to Easter Sunday. 10 days of an authentic religious-cultural festival, where the locals assail the main streets of downtown celebrating. Following up is the famous Feria de Abril. During this festivity locals spend 6 days with songs and dances accompanied by wine and olives.

April is one of the best times to stroll through the streets of Seville while enjoying the Easter religious heritage of the city. It is an ideal time for visiting the most memorable sites of the city such as the chapels, basilicas and museums rich in culture and history. It is also a good time to visit the Seville street markets which are full of interesting things you could get as souvenirs.

April 4 is the name day of St. Isidore of Seville, one of the great saints of the city, the last of the great ancient philosophers and the last of the great Fathers of the Church. It is also the anniversary of the death of King Alfonso X the Wise, son of Fernando III Santo who converted the city, along with Toledo and Burgos, into the capital of his kingdom, building the Church of Santa Ana in Triana, the Gothic Alcazar Palace and the Tower of Don Fadrique. He is buried in the Cathedral’s Royal Chapel beside the remains of his father, Fernando III, and his mother Beatrice of Swabia.

The 14th is the day of San Hemenegildo, another great Seville saint who had great influence on the spread of Catholicism in Spain. He died a martyr in the church of his name, next to the walls of the Macarena.

The 26th is the anniversary of the birth in 1898 of Vicente Aleixandre, one of the greatest Spanish poets of the twentieth century. He was awarded the Nobel Prize for Literature in 1977. He lived a for a short time in Seville.

The Seville countryside is very beautiful this time of the year with flowers blooming and the animals coming out of their nests to begin their reproductive phase. This one of the best times for bird-watching in Seville. It is very enchanting and you’ll want to take the time to make an excursion around the town, in one of the many popular hiking routes.

If you’re going to Seville this April before packing make sure all your documents are okay and also that you have your travel, medical and car insurance covering you during your trip. It’s better to be safe than sorry but don’t worry too much. Even if you have any trouble rest assured because there are good lawyers in Seville. With your mind at peace you’ll be able to enjoy your trip at the fullest.

April Is One Of The Best Times To Visit Seville was last modified: January 30th, 2018 by Travel Blogger 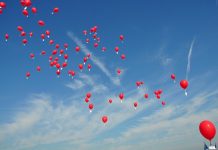 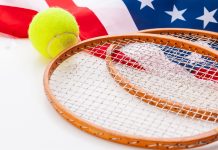 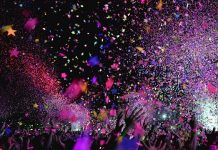 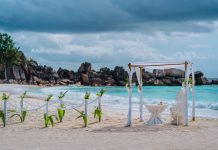