We know that the Japanese are a disciplined population and it does not even spare the table; check when you’re in Japan and you decide to go to taste the local specialties in a restaurant, especially if you are in Sapporo (the famous in the city for beers). There, according to Japan Today, and the news it is one that will awaken the ghosts of childhood, when all you end up if not touched you will stay at the table longer than necessary …

The blogger Midori Yokoyama reported that he went to the restaurant specializes in seafood Hachikyo (a local well known a short walk from Susukino Station, where you have to book well in advance in the hope of finding a place); there as you need specialty bowls filled with ikura, or salmon roe polka dot pink / orange that we Westerners are accustomed to finding on sushi rice.

Once ordered tsukko meshi however (the name of gettonata bowl), the blogger had to agree to follow the rule of the house: you have to finish everything on your plate, even if it is a single grain of rice, as a sign of gratitude to the fishermen, historically accustomed to working conditions harsh and dangerous would be implemented. If the customer just cannot finish their meal, it is required to leave a donation; Hachikyo is open for eight years and the business is booming, in fact, from April 2013 they will open a second restaurant in Tokyo. And who knows, this good way of staying at the table does not arrive soon over here!

Once in Japan don’t forget to see:  The main shopping streets in Tokyo, Takeshita Dori and  Tokyo metropolitan area greater population than Argentina and Colombia

Eating in Japan | In Sapporo you can get a fine if you leave the leftovers in the pot was last modified: February 21st, 2013 by Travel Blogger 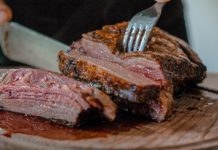 The Top 7 Steakhouses in San Diego 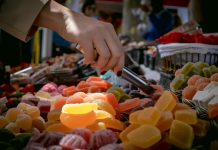 The Most Unusual Food Festivals All Over the World