Let’s start off on the right foot: Slovenia, not Slovakia. People get it wrong all the time. We are talking about Slovenia, this boutique European destination often overlooked by tourists who prefer to visit its more prominent neighbouring countries such as Italy, Austria and Croatia.

Don’t let yourself be fooled by Slovenia’s size and lesser publicity – we actually want to keep it this way -, as it has some of the most unique landscapes we have ever encountered. From lakes to caves, ski-mountains to sea resorts, tiny villages that seem out of a fairy tale to a vibrant capital, Slovenia has it all! 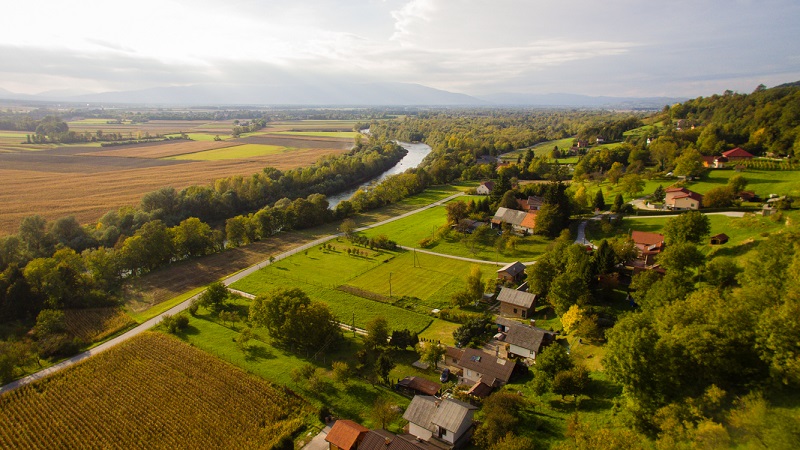 The world’s most sustainable country

Slovenia has several times been awarded the tittle of the “World’s” or “Europe’s most sustainable country” by National Geographic, the Green Destination Award, ITB Berlin and many other.

The government is working with an international campaign (IFeelSlovenia) to encourage sustainable tourism all around, creating awareness about the environment or even supporting cycle tourism for instance. 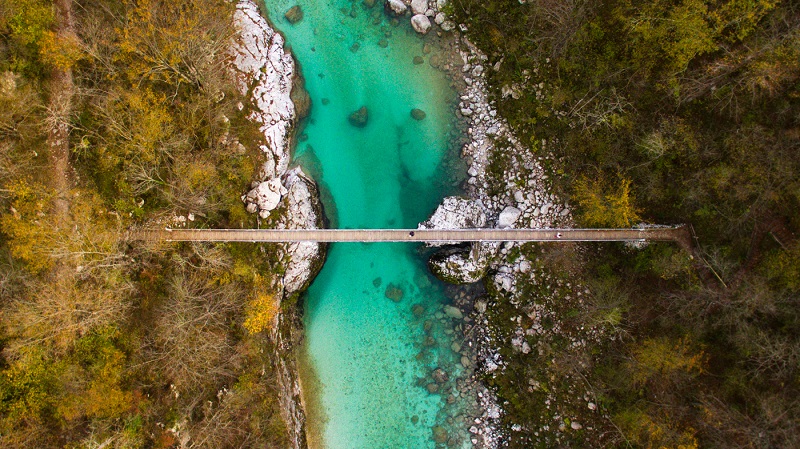 We were in Slovenia during a one-month bike trip around Europe, and were surprised to see how many cyclists we met along the way. The country is certainly prepared for this sort of activity, having many bike-friendly road signs and cycle lanes.

Moreover, sixty percent of the country is covered by forests. The waters and the lakes are so clean that they give you the sense you could actually drink out of them anywhere. In fact, Slovenia became the first European country to add access to clean water on its Constitution as a fundamental right to all its citizens. In addition, Slovenia’s capital, Ljubljana, banned cars from its city centre and now provides a free electric bus to take elderly people around increasing their mobility. 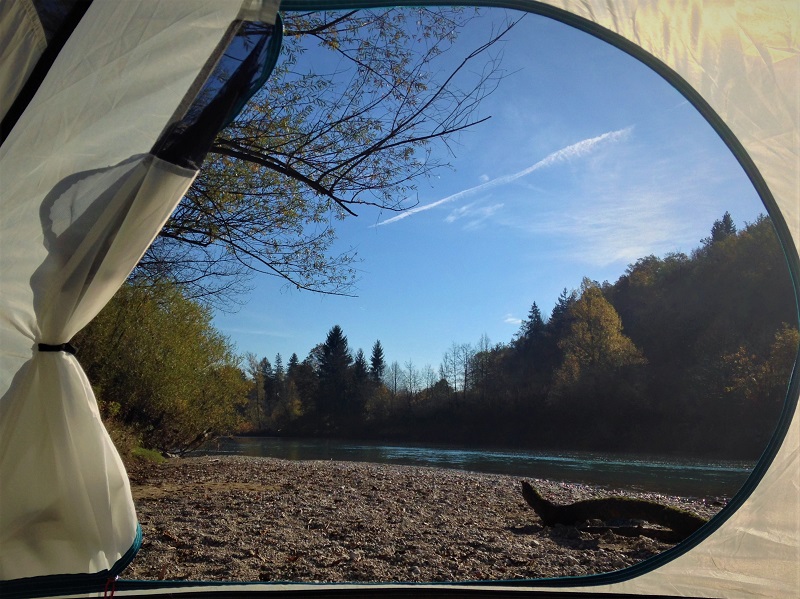 Ljubljana, the world’s most beloved city

Ljubljana literally means “the beloved” and after just a few hours in the city you can understand why. The Slovenian capital banned cars from its city centre many years ago. The pedestrianized pathways are just the perfect place for an endless stroll. By the Ljubljanica River, there are many charming bars, restaurants, cafes and shops which are surprisingly busy almost all day long; it’s impossible not to let yourself go with the bohemian and cultured vibe.

Many layers of architecture, bridges and even a castle compose the unmissable Old Town. However, there are also other neighbourhoods you should not miss. Metelkova, for instance, is a former military compound which was occupied by artists after the country’s independence in 1992. The place was then transformed into a big artistic and cultural hub. It seems to exist as a parallel society in Ljubljana – similar to Christiania, in Copenhagen. There are some great arts & crafts shops, galleries and bars to visit. 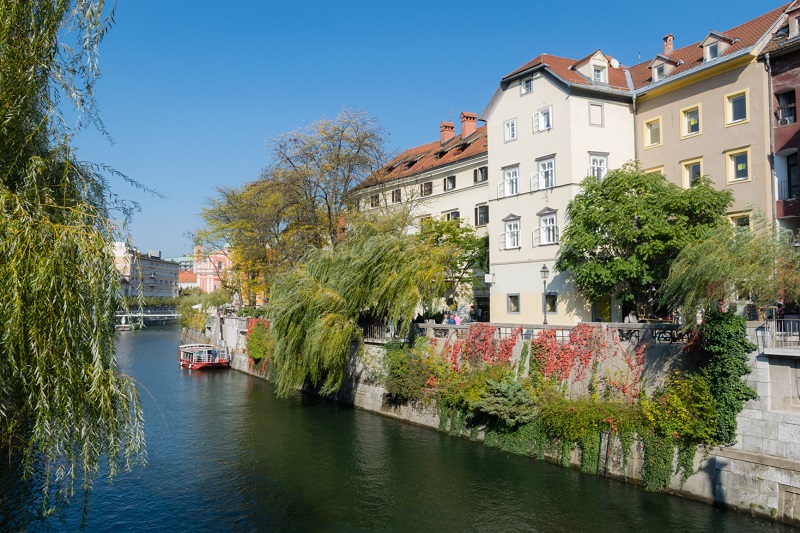 Moreover, in Metelkova you can find the city’s oldest hostel, the Celica Hostel. At a former military prison, cells are transformed into guest rooms, giving visitors a sense of what it was like to spend a night in a prison. Would you dare?

They have their own version of Tuscany

Imagine Tuscany’s picturesque hills, medieval villages and excellent wine, but in a much lesser touristy – and even cheaper – destination? That’s Goriska Brda, a region locally known as the “Tuscany of Slovenia”. 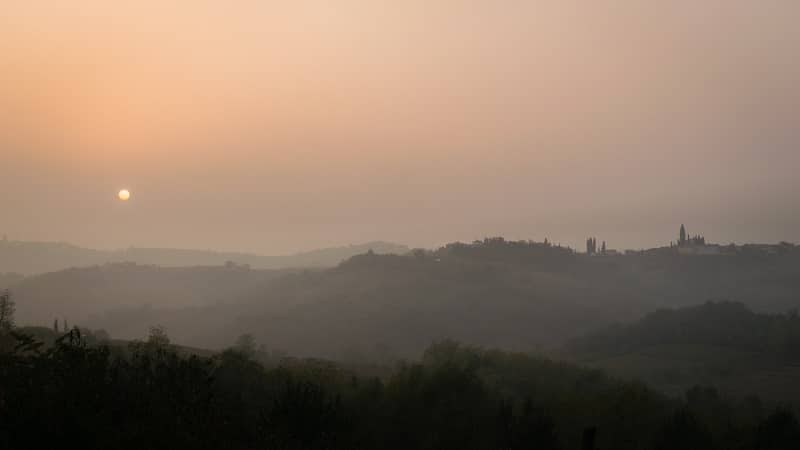 Its location, between the Adriatic Sea and the Alps, with a semi-Mediterranean climate and a very fertile soil made them the Slovenia’s most recognised wine producing region. Their wines are 70% white, though you can also find some great red wines to taste too.

Oh, don’t forget to visit the medieval walled village of Smartno as well as the Dobrovo Castle. You won’t regret!

The Soca River is a 138 km long, crystal-clear river that runs through Western Slovenia. Its emerald water is quite different to anything else we have ever seen. The place is perfect for water activities and there are also many hikes and treks by the banks to be explored.

If you want experience the purest contact with this beauty of mother-nature, you have to go to the region of Kobarid, which you will find at the beginning of the Soca River Valley.

Quite astonished by the colour of the water, I asked some locals why the Soca River had such colour, they simply answered: “because it’s clean”. Fair enough.

Slovenia is the European country with the largest number of caves. As they keep discovering new ones virtually every week, the number keeps increasing. We visited two of the most popular ones and were amazed by its grandiosity and beauty. 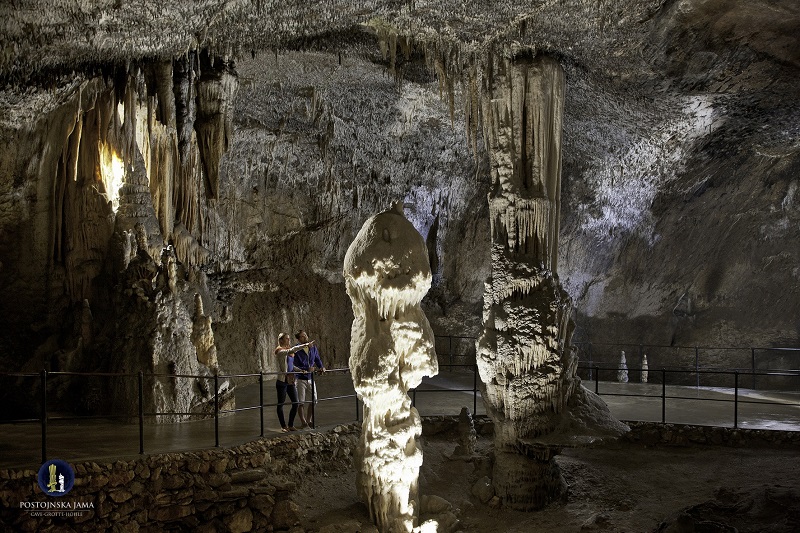 Postojna Cave is the most visited attraction is Slovenia. It has 5 km of galleries, chambers and passageways to be explored by foot and by train! Yes, this is the only cave in the world where there is a train to explore its interior. At the end of the 90 minutes tour, you have also the chance to see the cave’s most notorious inhabitants: the Olms. These albino blind salamanders were once mistaken for little dragons, hence their nickname, Baby Dragons.

The other cave not to be missed is Skocjan, a more off-the-beaten-track option. It hides a gorge almost under the ground. At one point during the tour, you reach the area where the Reka River flows so strong, that you feel the cave’s grandiosity through the sound, the echoes and the immersive interior. It is utterly breathtaking.

A castle within a rock

There are many castles in Slovenia, but only one – in the world, actually – which was built within a rock. Predjama Castle is located very near the Postojna Cave and should not be left off your itinerary. 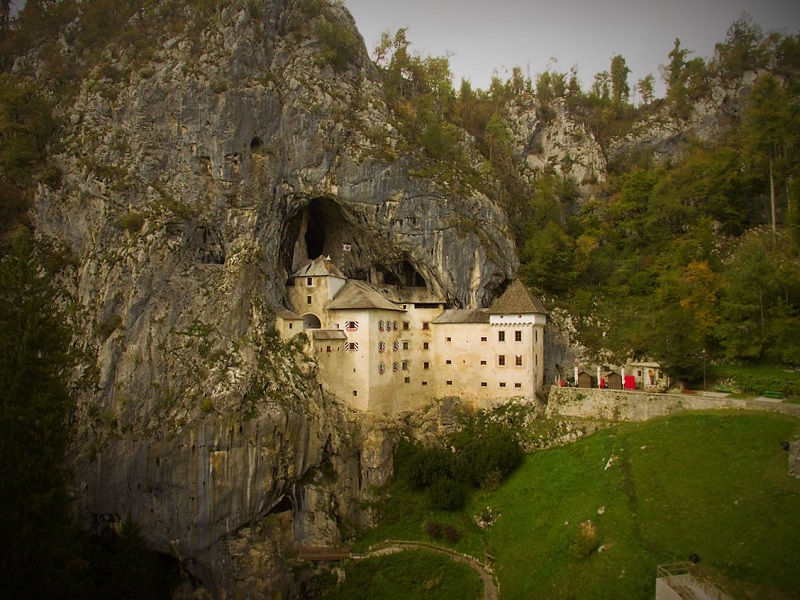 Because it’s built inside a cliff 123 metres high, the place is extremely humid and cold. Indeed, it is by far one of the most uncomfortable homes we have ever entered. Nevertheless, it was the perfect refuge for those who were seeking security during the Middle Ages.

Many important families used this castle to hide from something or someone. The most notorious inhabitant was the knight Erazem Lueger, a kind of Slovenian Robin Hood. He was besieged by the Holy Roman Army for over one year. The powerful army could not penetrate the castle and the knight, having the support of the people of the village through hidden tunnels underneath it, was able to receive food supplies throughout the siege, keeping him alive and safe.

Underneath the castle there is a cave which can be visited only during the warmer months of May to September. Outside of this period, the place is closed due to the hibernation of bats.

Slovenia is the right destination for sports lovers

Slovenians love to escape to the mountains, lakes or the sea during weekends to practice sports. Everywhere you go you can easily find a place for renting equipment for kayaking, rafting, climbing, skiing and much more. No wonder they have some of the most outstanding athletes during the Olympic Games.

Lake Bled and many others

Bled is probably Slovenia’s most famous lake – and for a good reason. Its central island with its picturesque church, surrounded by the Alps and overseen by a medieval castle built on top of a cliff, makes this a rather unique scenario. The place is also the most popular wedding destination in Slovenia. It is not unusual to spot a groom climbing up the 99 steps that lead to the church on the island with the bride in his arms. As the tradition has it, it brings good luck to the newly-wedded couple. 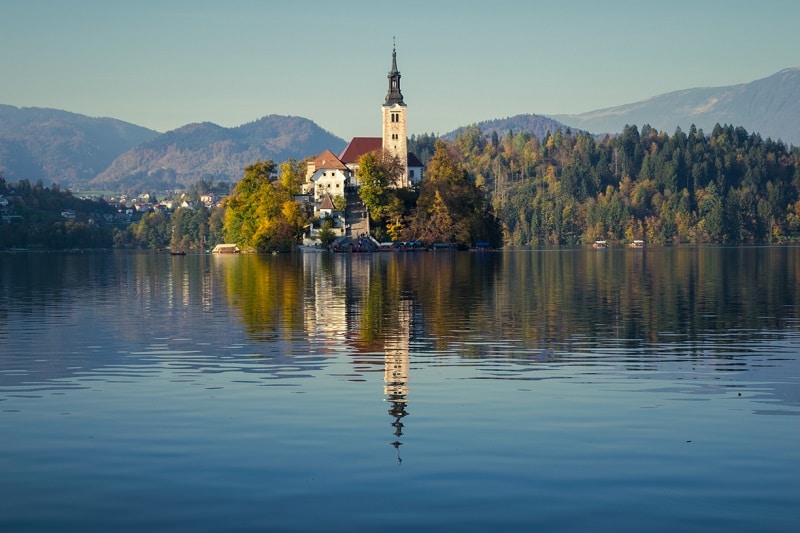 However, Slovenia has many other lakes which are equally spectacular. We have visited Bohinj Lake, for instance, which is just 26 km away from Bled. The Lake Bohinj presented us with a sight we will never forget. Early in the morning, the water of the lake was so placid and calm that it became a perfect mirror, reflecting exactly the same image without a single deffraction or distortion, giving us the feeling of a duplicated world.

Furthermore, not far away from the lakes Bled and Bohinj, there are many treks which take you to splendid and notorious waterfalls, national parks and gorges.

A tiny but seductive coast

Slovenia has only 26km of coast, in the Mediterranean Sea. Although small, this little area is enough to win over even the most sceptical of us. The cities of Isola, Koper and Piran are incredibly charming and specially when explored by bike. There are cycle lines scattered around the place and it is the perfect excuse to stop for a swim anytime you like. 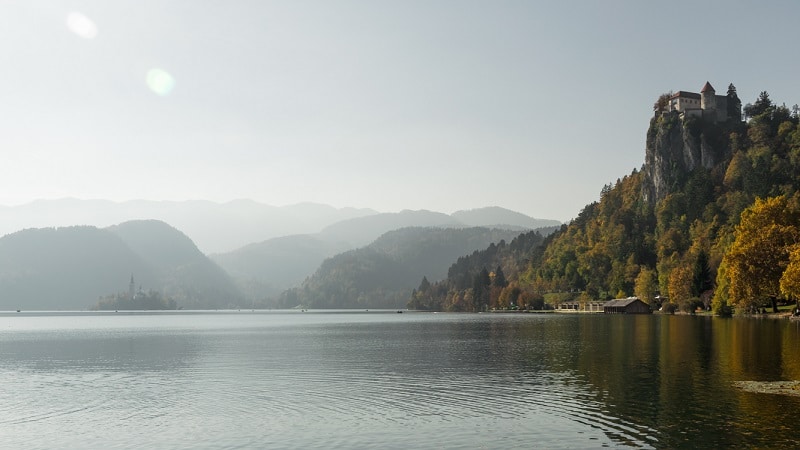 Fun all year round

The list is long. Slovenia has the sea for summer times; the mountains for winter holidays; a capital that is full of activities during the hot months, yet also hosts one of the best Christmas markets in East Europe; forests that change completely throughout the year and present us with a different landscape at each visit. Seriously, you can’t get tired of Slovenia.

Top 10 Reasons You Should Be Making Your Way to Slovenia Right Now was last modified: April 12th, 2018 by Travel Blogger