The annual event of Halloween comes around again at the end of this month, when you can expect to see plenty of ghastly ghouls and goblins, wicked witches and werewolves, and even scary skeletons and scarecrows, to name just a few.

Halloween is celebrated all over the world in many different ways, and each country has its own spooky attractions and experiences that tourists and travellers – as well as the local themselves – can revel in at this darkly thrilling time of year.

If you love to celebrate Halloween and are heading off on an European trip at the same time, here are just a few of the fantastic places to visit and experience – courtesy of car hire providers, Autoclick – to make the most of All Hallows Eve on your holiday. 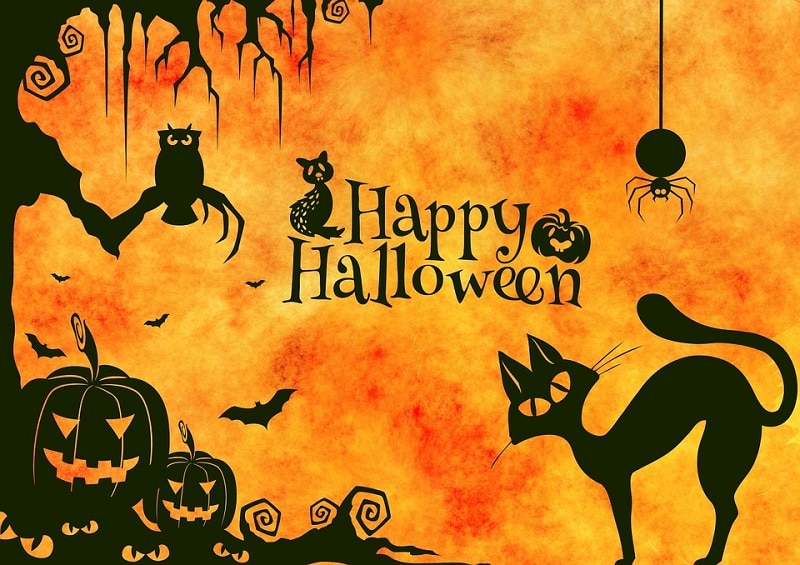 Spain and its residents often take a more traditional approach to Halloween – or El Dia de los Muertos, the Day of the Dead in Spain –  by remembering the life of those passed, as well as celebrating life itself. Rather than making the most of Halloween on just one day, Spain takes three whole days to celebrate the event, from 31st October through to 2nd November. As a visitor you can expect to see many signs of the festival throughout towns and cities across the country. 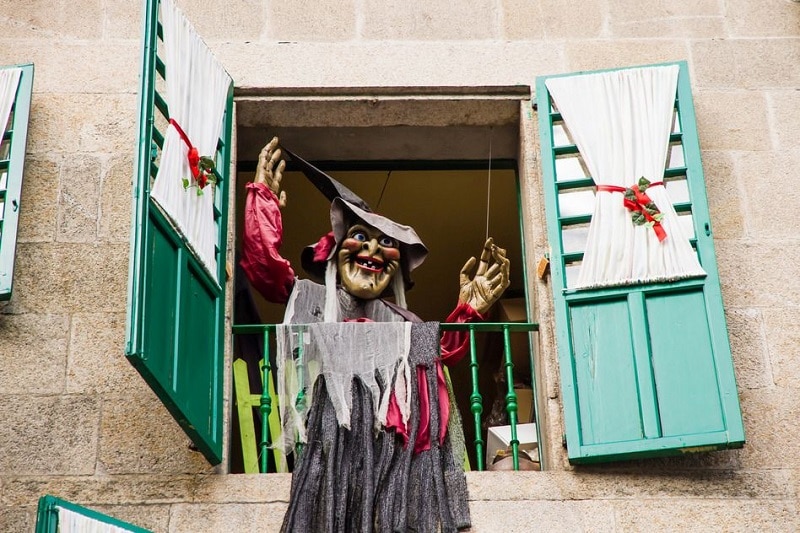 If you find yourself travelling through Northern Spain, head to Galicia for the night of Halloween. Known to locals as the night of the pumpkins, you can expect to find fancy dress parties, groups carving pumpkins and even sometimes a few rituals around bonfires. Make sure you spend the night, as a Halloween trip to Galicia isn’t worth making if you don’t have  few quemadas, a superb but strong cocktail made especially for the occasion.

In Barcelona, Halloween is celebrated much like many other countries, with dramatic costumes and parties. The celebrations continue on to the day next day, with a festival – La Castanyada – bursting with local food, drink, and music. Alternatively, if you’re hoping for a truly terrifying experience during Halloween in Barcelona, take a 40 minutes drive to the chest hospital in Terrassa, one of the country’s most haunted buildings.

Madrid is also home to some of of Spain’s most haunted buildings, including the Reina Sofia Museum. There are a wealth of buildings with their own spooky past, and it’s well worth taking part in a Madrid ghost walk to hear all about the horrifying histories behind them.

The French residents tend to celebrate Halloween much like those in the US, where Halloween originated from. All kinds of costumes are conjured up and party-goers spend the night with friends and family, drinking and dancing and admiring one another’s spooky efforts. 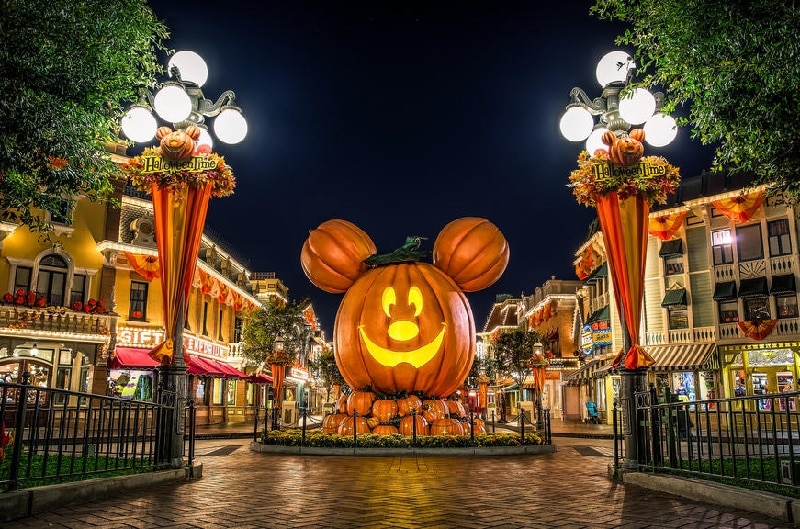 Limoges in southwest-central France is considered one of the best places in France to enjoy Halloween. That’s because it tends to host the biggest Halloween celebrations in the country, with various events including parades, festivals, parties, fairs and shows!

France has plenty of history and numerous scary stories to tell, many of which involve a supernatural occurrence or spooky experience. If you’re looking to skip the parties and instead experience the scariest aspects of Halloween in France, take a trip to one of the country’s most haunted locations:

Belgium is another frightfully fantastic location to spend Halloween, and although it took a while for the country to take up the tradition, these days you can expect to find plenty of parties and celebrations throughout. 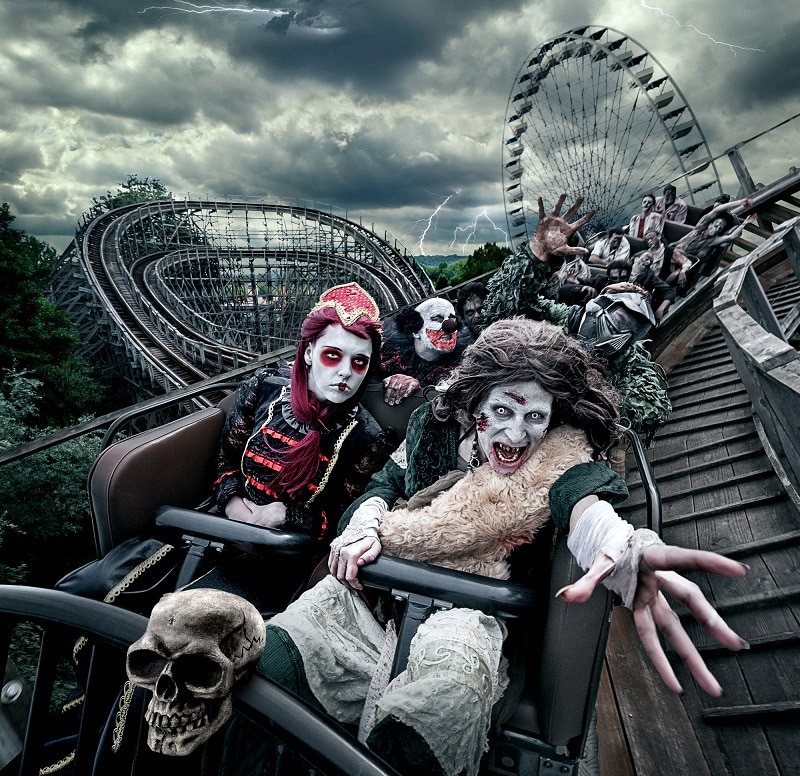 Ostend, referred to as the city by the sea, is known by locals as the place to be on Halloween. The frightening frenzy takes to the streets of Ostend, where you will be shocked and startled by creatures lurking around corners and in the shadows, not to mention the many events you will find, too.

Many of the major cities, including Brussels and Bruges, play fantastic hosts to Halloween, with street events such as Bruxelles Mon Horreur throughout Brussels, and gory displays at the Historium in Bruges.

There are numerous amounts of abandoned and derelict buildings throughout Belgium that many have said to have spotted sightings of the supernatural. Take a drive to visit the John McCrae Bunker, a World War I memorial site that is said to be haunted by the spirit of John himself – there’s even been reports of hearing the sound of gunshots.

Take a drive for a spooky outdoor adventure at the Sonian forest close to Brussels. There’s often a fog of orange, white, green and grey tones, known as Deogen, which translated as ‘the eyes’. Many often visit the forest and its fog, to look for the figures of children that are often seen within the fog. Ever get that feeling that you’re being watched? You just might be when visiting the Sonian forest.

Spooktacularly Thrilling Experiences To Look Out For In Europe This Halloween was last modified: March 28th, 2019 by Travel Blogger